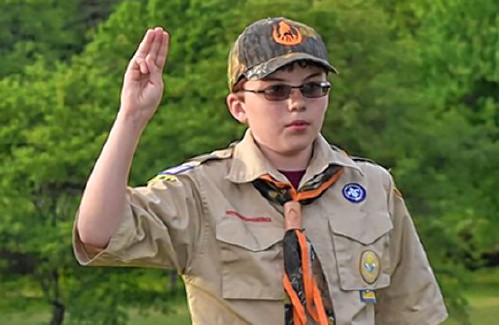 Aaron’s Race to honor the memory of the Belchertown teenager

BELCHERTOWN — In 2012, as Hurricane Sandy slammed into the East Coast, devastating Caribbean communities on Cape Cod, Heather Twining and Gloria Fortunato sat together in their Belchertown living rooms and wrapped Christmas presents for the children of New York’s hardest-hit boroughs.

Boy Scout mothers Twining and Fortunato used to foster a spirit of service and selflessness in their sons, but decided to step up to raise money for a Staten Island family who had lost virtually everything. in the storm.

“The devastation was great, but Heather — she was capable, she was knowledgeable, she was resourceful, she had a good heart, a quick laugh, a big smile,” Fortunato said. “She’s always been that kind of person, and I don’t think that would surprise anyone who has known her in recent years.”

Twining, a special education teacher at Indian Orchard Elementary in Springfield, lost her teenage son to suicide in October 2019. Aaron Twining was 15, a student at Pathfinder Regional Technical High School, when he took his own life, a male attentive and reserved. child by all accounts.

Since her death — when, in lieu of flowers, mourners were asked to donate to the Society for the Prevention of Teen Suicide — her mother has dedicated herself to suicide prevention and helping other parents cope. identify the signs of mental illness.

“There were no signs with my son, he took his own life and it was a shock to everyone,” Twining said. “He was very caring and kind, and there was no sign that we might lose him.”

Aaron’s Race 01007 will honor Aaron’s memory with a city-wide pinewood derby in the Belchertown High School gymnasium on Saturday, June 18, from 10 a.m. to 3 p.m.

The event will also feature a number of outdoor activities, including a super raffle, three Belchertown Police Department K-9 demonstrations, impaired driving two-person cart demonstrations with support from the Massachusetts State Police, an ice cream truck and a DJ.

“I hope we can raise awareness, maybe there aren’t any signs with your child, there weren’t with mine, but we hope people will come and be part of this experience, hopefully -the, annual,” said Twining, who planned Aaron’s Race for more than a year alongside Fortunato and a third committee member, his son’s former Boy Scout troop leader, Tim Plant.

Aaron was not in Plant’s cast for very long, but his death left an imprint on Plant, who a year later would come across Aaron’s obituary while looking for his own friend’s obituary.

“One day I ran into Aaron and it just clicked,” Plant said. “The pain of losing someone may not be something you want to release in public, the healing process is a private thing, but the idea for the pinewood run came from that moment when it clicked and saw that this could be an opportunity for healing.”

While attendees can pay to run on the pine track or buy snacks on site, admission to Aaron’s Race is free. As much as the event aims to raise money for suicide prevention, it also seeks to re-energize the same community that coalesced around Twining’s family at the time of the loss.

Belchertown Lions volunteers will collect glasses for their vision program and sell picnic classics – burgers, hot dogs, chips and soda. Each grade level at Indian Orchard School has already prepared a gift basket to be entered into the super draw. In addition to mental health and suicide prevention booths, there will be a commemorative banner with blank hearts where attendees can write messages of remembrance for Aaron or loved ones they have lost.

Plant, who lost a friend to suicide several years ago, said he was looking forward to leaving a note for his late friend in the memorial booth.

“To do this is a great relief. It helps ease the grief and the weight of a loss,” he said.