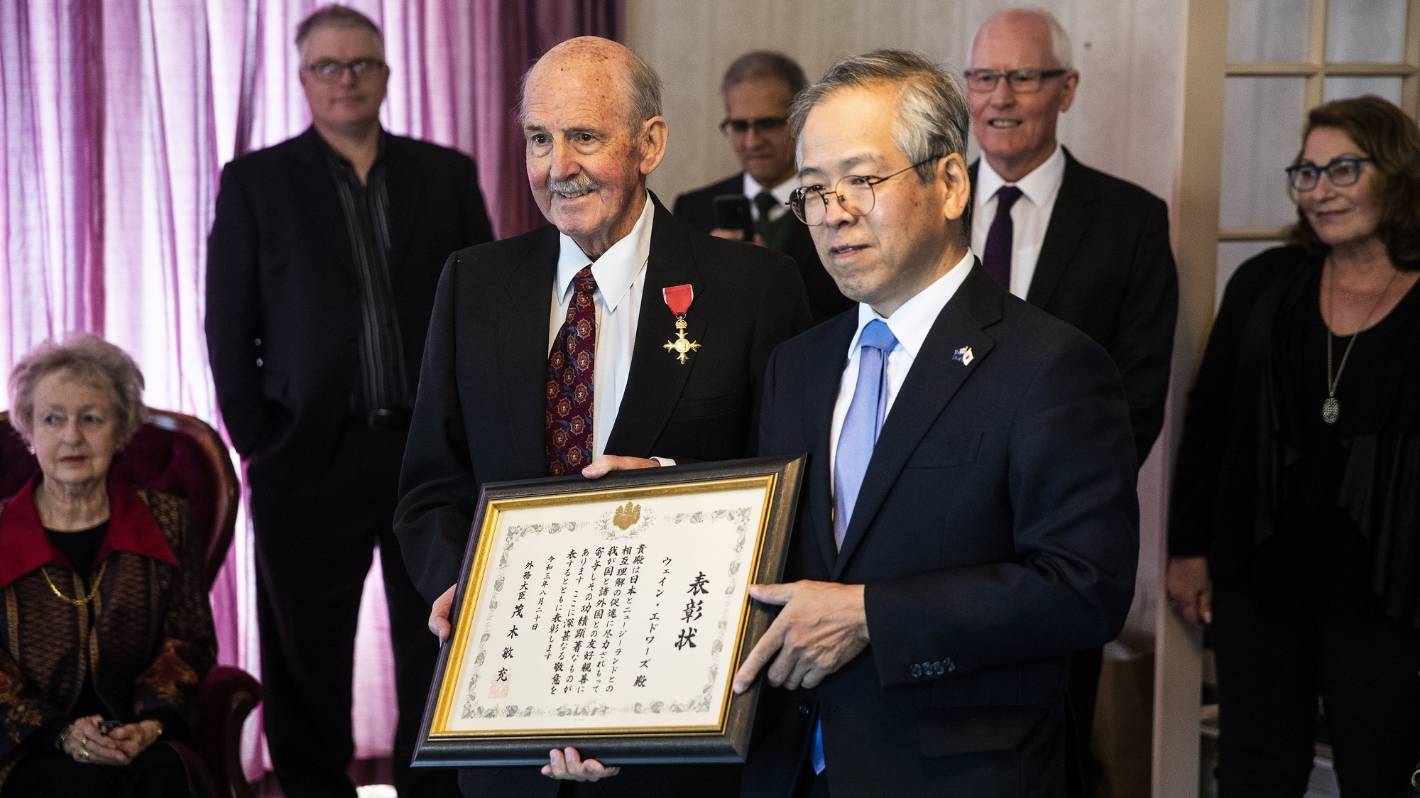 Academic who made a huge contribution to education dies

Wayne Edwards, a longtime scholar in Manawatū, who has spent most of his life working in education, has passed away.

A professor emeritus, Edwards worked as president of the institution of higher learning UIP in New Zealand for a decade before retiring, spent 29 years at Massey University and in 1995 he was appointed an Officer of the ‘Most excellent order in the British Empire for educational services.

He died Thursday at the age of 81. He was battling cancer.

Only a month ago, Edwards was credited with forging positive relations between New Zealand and Japan. He received a commendation from the Ministry of Foreign Affairs of Japan for his work in promoting understanding between Japan and New Zealand.

Edwards said Thing in september, the commendation was a highlight of his successful career.

“It’s not the one I take for granted. Being recognized by another country is a step in another direction. That says a lot about the relationship between the two countries and playing a small role in it in a place like the IPU.

“I really appreciate the contribution of the staff, and they got stuck when I first arrived. I wanted us to be a respected higher education institution, but I couldn’t do it on my own.

He said it was a great achievement for someone who started out as an elementary school teacher.

“Being chairman of the board around the world has been a wonderful experience,” he said. Thing in September.

He retired from Massey in 2007 but was seconded to the IPU in 2009 and said he loved every minute of it.

Edwards previously worked as an elementary school teacher and a lecturer in a teachers’ college, and has two master’s degrees, one in anthropology and one in educational administration.

He has obtained scholarships, research positions and worked in various countries including North America, Europe, Australia and Asia.

He has participated in government exams, including one for the Education Review Board in 1997 and another studying the length of school days and years for the Department of Education in 1999.