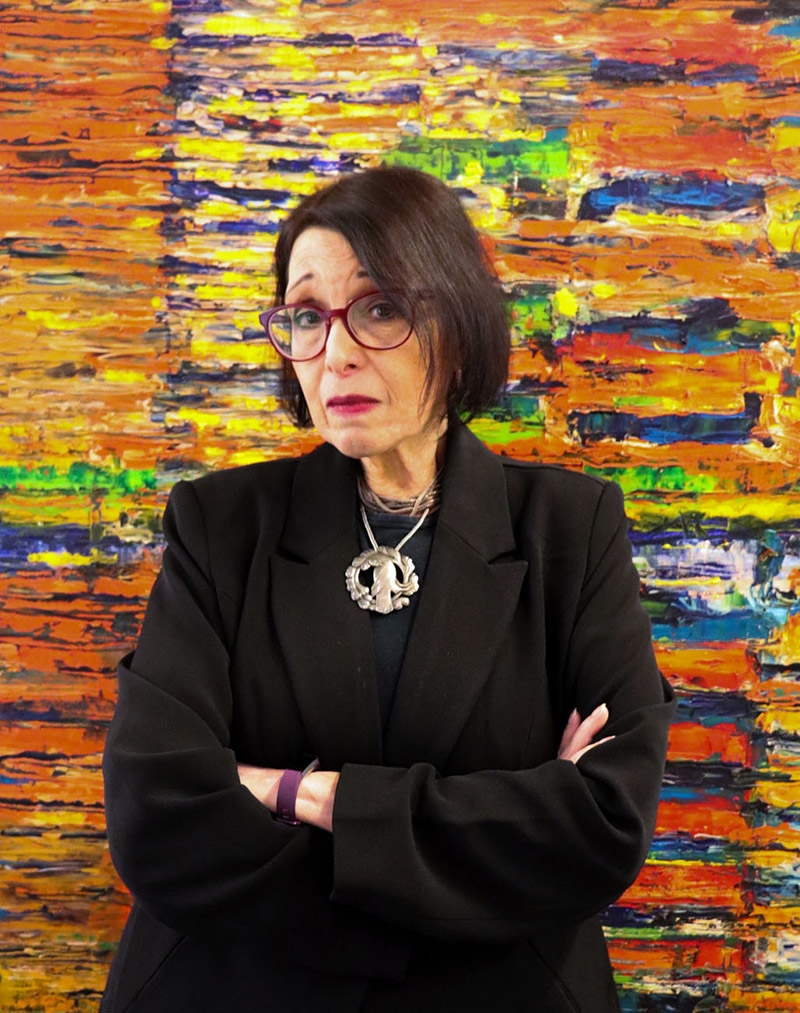 Goodstein-Murphree, Ph.D., is one of five educators selected this year to receive the 2022 ACSA Distinguished Professor Award. This honor is intended to recognize individuals who have had a positive, empowering, and enriching influence on students and who have produced a body of work that advances the understanding of architecture and/or architectural education.

Since the ACSA Distinguished Professor Award was established in 1984, more than 160 professors have been recognized. Former U of A faculty members to receive this award were Fay Jones in 1984-85, John G. Williams in 1987-88, and Stephen Luoni in 2019-20.

Several other Fay Jones School faculty members have won a significant portion of the national awards given out through the 2022 Architectural Education Awards program. The winners were recognized at a small in-person event held March 18-19 in Los Angeles. They will also be announced at CASA’s 110th Annual Meeting, which will be held virtually May 18-20.

“On behalf of the school to which Ethel Goodstein-Murphree has dedicated her academic career, I am very pleased with this recognition of her extraordinary contributions to the discipline, to the betterment of her colleagues, and to the betterment of the lives of generation of Arkansas students,” said Peter MacKeith, Dean of the Fay Jones School. “The school is privileged and distinguished by its presence, its energies and its voice every day. Ethel’s life’s work is at this school and university, but her contributions transcend this good place, having transformed the landscape of American architectural education.”

Goodstein-Murphree, who has taught at the Fay Jones School since 1992, is a specialist in American architectural and cultural history. Her research focuses on mid-century modernism, the controversies surrounding its preservation, and the importance of placing women in its narrative. His scholarship told Arkansas’ architectural history to a national audience, but his most profound impact was through his service to the Arkansas and Louisiana Historic District Commissions and the Board of Trustees of Preserve Arkansas.

In the classroom, Goodstein-Murphree challenges emerging designers to look to the past as a lens through which the thorny issues of the present must be understood. Its alumni include an Alice Davis Hitchcock Book Award winner, the director of the Ian McHarg Center for Urbanism and Ecology, the executive director of the Mayors’ Institute on City Design, five winners of AIA’s Young Architects Award, and recipients of the New York Prize. Emerging Voices of the Architectural League.

Goodstein-Murphree earned her bachelor’s degree in architecture from the City College of New York, her master’s degree in architectural history from Cornell University, and her doctorate. in architectural history from the University of Michigan. Before joining the U of A, she taught at the University of Louisiana. Serving the profession, Goodstein-Murphree has held leadership positions with the Association of Collegiate Schools of Architecture, the Southeast Chapter of the Society of Architectural Historian, and as a member of the AIA/ACSA Research Council .

William Joseph Carpenter, FAIA, Ph.D., a professor in the College of Architecture and Construction Management at Kennesaw State University, nominated Goodstein-Murphree for this ACSA recognition. Carpenter said that through Goodstein-Murphree’s leadership roles — as associate dean since 2009, and also as acting dean and acting head of the Department of Landscape Architecture during leadership transitions — she has helped to cultivate relationships with the campus community and within the Fay Jones School. .

Although, he noted, it is as a teacher that she shines. “Educating students about architectural heritage and integrating an ethic of preservation into the education of all architects have long been the touchstones of his teaching,” Carpenter wrote in his appointment letter. “She infuses her teaching with lessons learned in the field and in the archives, seamlessly integrating the practice of her discipline and the communication of her ideas to her students. Her courses make the history of architecture accessible, enriching and intellectually empowering. both for students who aspire to design practice and for a broader community of university students whose interest in the created environment both deepens their exposure to the humanities and provides a corridor for civic engagement.”

Cleary Larkin, Ph.D., now a postdoctoral associate in the University of Florida’s Florida Resilient Cities program, entered the U of A’s architecture program in 1994 with an interest in history that has spanned to historical preservation under the influence of Goodstein-Murphree as a teacher.

“For over 25 years, Ethel has been a role model to me, first as a teacher, then as a woman in architecture and now as an academic. She is intelligent and driven, supportive and compassionate to her students and is a recognized expert in the fields of architectural and urban history,” Larkin wrote in her letter of support. “As I begin my own academic career, I am proud to know Ethel as a teacher and friend, and I aspire to have a career as impactful for students and the world as hers has been.”

Marlon Blackwell, E. Fay Jones Professor of Architecture and Professor Emeritus at the university and 2020 AIA Gold Medal recipient, has also taught at the Fay Jones School for the past 30 years. In his letter of support, he noted how Goodstein-Murphree permeates both classroom and school events with his “remarkable presence, boundless enthusiasm, and dynamic speaking.” He noted his distinct approach to teaching both in the studio and in the classroom.

“Her mastery of the full range of architectural discourse is remarkable, moving effortlessly from traditional to contemporary, from formal discussions to spatial typologies, from conceptual to social, to cultural and back again. Perhaps most remarkable is the way she makes its extraordinary depth and breadth of disciplinary knowledge that is accessible, relevant and useful to an ever-changing student body.”

Paula May Peer, a former student at the University of Louisiana at Lafayette in the 1980s who graduated in a class that was 95% male, said studying with Goodstein was important to her. -Murphree, then the only female professor of this faculty. . Peer, AIA, is now a principal at Trapolin-Peer Architects in New Orleans.

Peer noted that once at the University of Alberta and then in her role as Associate Dean since 2009, Goodstein-Murphree helped build the Fay Jones School into a premier school of design. At the same time, “Goodstein-Murphree has continued to develop a body of critically acclaimed and award-winning writings, publications, and public presentations on architectural history, preservation, and urban planning. His exploration of historical precedents has continued to inspire dialogue around preservation and shape my own career,” said Peer. “His dedication to mentorship and equity is as strong as his successes in academia, and that is why she is revered as a role model for so many architects and designers.”

Benjamin Ebbesmeyer, a fifth-year honors architecture student, was taught by Goodstein-Murphree for three years in the program. In his letter of support, he noted how she supported him and challenged both him and his classmates in their design education.

“Dr. Goodstein-Murphree has made outstanding contributions to my individual education and the education of my peers through exceptional teaching in the history of design, his research and scholarship on mid-century modernism and its preservation, and its pursuit of diversity, inclusivity and equity in the academy and in the profession,” he said.

In addition to the Goodstein-Murphree honor, John Folan received a 2022 Collaborative Practice Award for “Constructing Inclusivity” and a 2022 AIA/ACSA Practice + Leadership Award for “Empowered Voices: Practice Chronicles.” Folan is the head of the architecture department and professor of architecture at the Fay Jones School, and he also directs the Urban Design Build Studio (UDBS).

Stephen Luoni and Claude Terral received an AIA/ACSA Housing Design Education Award 2022 for the design studio “Housing at Markham Square”. Luoni is Emeritus Professor and Steven L. Anderson Chair in Architecture and Urban Studies at the Fay Jones School, and Director of the U of A Community Design Center (UACDC). Terral (B.Arch. ’07) is an alumnus of the Fay Jones School and a project architect for UACDC.

And “UDBS Carb Complex 05”, a studio led by Professors Folan, David Kennedy and Kimberley Furlong, was shortlisted for an honorable mention for the 2022 Timber Education Prize. This prize was awarded by the Association of Collegiate Schools of Architecture ( ACSA) and the Softwood Lumber Board (SLB). Kennedy is an assistant professor of architecture and Furlong is an associate professor of interior design.