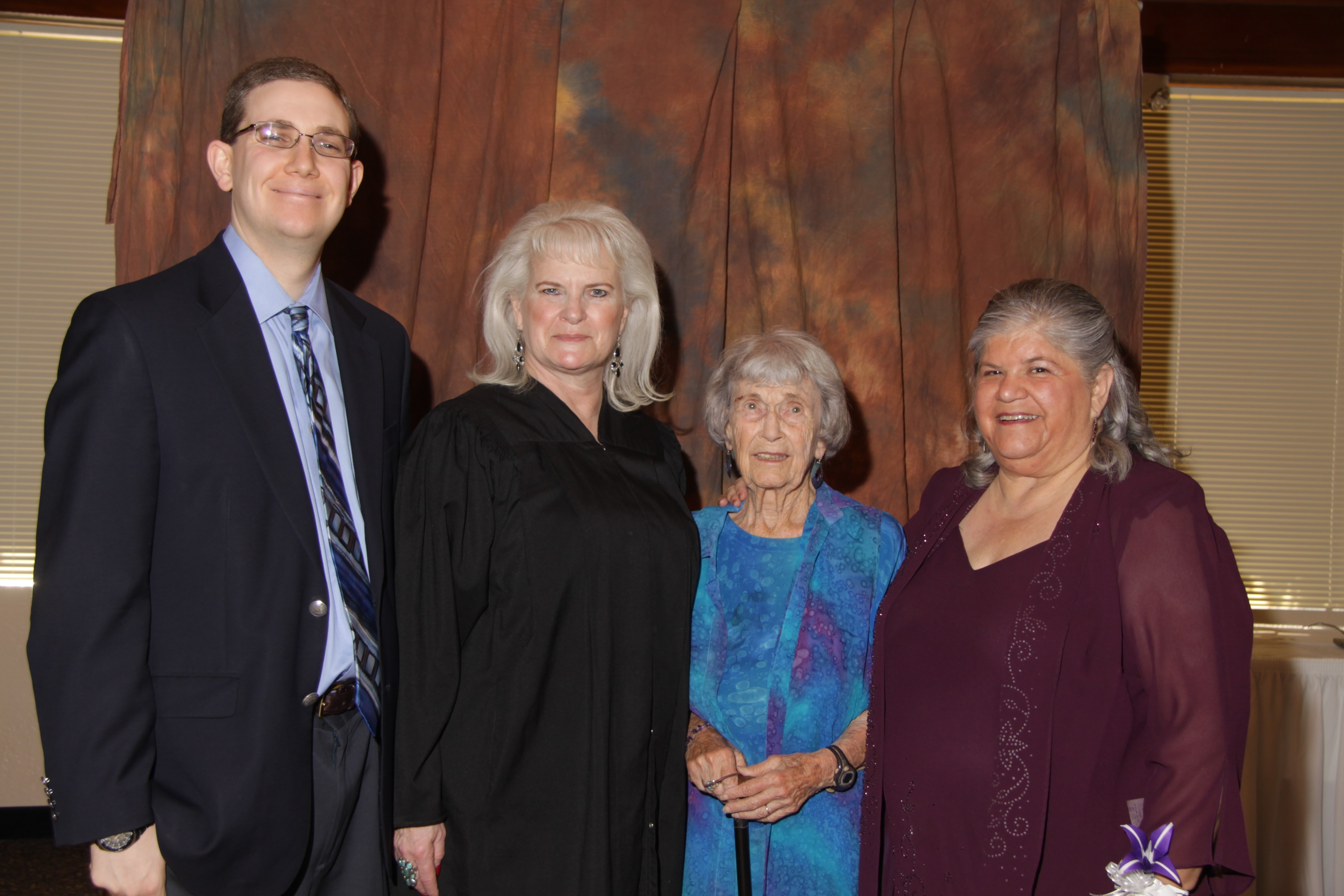 For a family, Arizona State University’s Sandra Day O’Connor College of Law is more than just a law school, it’s a place of heritage.

The Finn family has established an endowment, “The Legacy of Ruth G. Finn: Finn, Gartell, Turner Scholarship” to honor their mother and grandmother. Ruth and her husband, the late Herbert “Herb” Finn, were instrumental in defending desegregation and social justice during the civil rights movement.

For Finns, ASU Law is truly a family affair with three generations of alumni: Ruth (’70), her daughters, Judge Elizabeth G. Finn (’72) and Alice Finn Gartell (’89), and the Elizabeth’s son, Jesse Finn Turner (’05), with Ruth and Alice both graduating with honors.

“My parents met at ASU. I had ASU baby clothes, ”Jesse said. “Every member of my immediate family has an undergraduate degree from ASU, including myself. I am the fourth member of my extended family to attend ASU Law.

The whole family also followed Ruth and Herb’s dedication to public service. Elizabeth, who recently retired as presiding judge at Glendale City Court after 49 years of legal service (including 42 years on the bench), worked in the family business, called Finn, Finn and Finn , and pleaded as a judge on behalf of victims of domestic violence. Jesse has become a Maricopa County Public Advocate defending people in the criminal justice system who have no voice, while Alice – now retired – has served as general counsel for the Arizona Education Association for the Advancement of public education and literacy.

“The Legacy of Ruth G. Finn: Finn, Gartell, Turner Scholarship” celebrates the path Ruth made for the family – despite the obstacles she faced as a wife-in-law.

“At that time, it was rare to have a woman in law school – there were only four – and it was even rarer to have a middle-aged student,” wrote Elizabeth and Alice in a joint statement. “Ruth faced many challenges as an older woman in law school; a student asked why she was not at home looking after her grandchildren.

Prior to attending law school, Ruth worked as a paralegal in Herb’s private practice, performing legal research and writing briefs. However, she could not appear in court or sign her name on her writings.

“Back in my grandmother’s day, law firms were turning her down because they had ‘hired their wife for the year,’” Jesse said. “I am fortunate to work in an environment where women lawyers and judges are seen as the norm rather than a curiosity.”

In addition to the scholarship fund, Elizabeth plans to donate original documents related to her parents’ civil rights work in Arizona to ASU Law.

These documents provide a glimpse into their tireless work as civil rights activists – working in the legal sector to desegregate schools in the Phoenix area, tackle discriminatory housing in public spaces and housing, and fight against the discrimination in employment.

In particular, these documents highlight the couple’s crucial work with Hayzel B. Daniels, Arizona’s first black lawyer and judge, to file two lawsuits in Maricopa County Superior Court to sever high schools and high schools. elementary schools in Arizona, pursuing business alone without pay. or reimbursement of expenses – all one year before Brown v. Board of Education.

They also shed light on the kind of people Ruth and Herb were.

In a special article, “Civil Rights for Everyone,” Elizabeth recounted her first experience of discrimination, when her mother took her to town for lunch with her father and Daniels. They were told that Daniels was prohibited from entering the restaurant. When the Finn family did bring him in anyway, the staff broke every glass and dish next to their table.

“Although my parents had meetings at home to discuss (discrimination), breaking the dishes made me realize that these differences actually mean something to other people,” Elizabeth said. “They meant nothing to me because of the way I had been raised: everyone is equal, special and unique, and those kinds of differences were to be cherished. “

The Legacy of Ruth G. Finn: Finn, Gartell, Turner Scholarship is intended to fund ASU law students who embody these qualities and contribute to the Finn family’s legacy of public service. .

“Our family has a strong tradition of public service, each of us in our own way,” wrote Elizabeth and Alice. “We want the scholarship to go to a student with a background of public service and a dedication to helping others. ”

Most importantly, the Finns hope that the scholarship will honor the life of their mother.

“We wanted to honor Ruth G. Finn. She died in 2019, but her gravestone accurately describes her as a “warrior for justice”, ”added Elizabeth and Alice. “We want to continue his legacy of helping others, especially giving a voice to those who have no voice.”

For more information on the scholarship, contact [email protected]