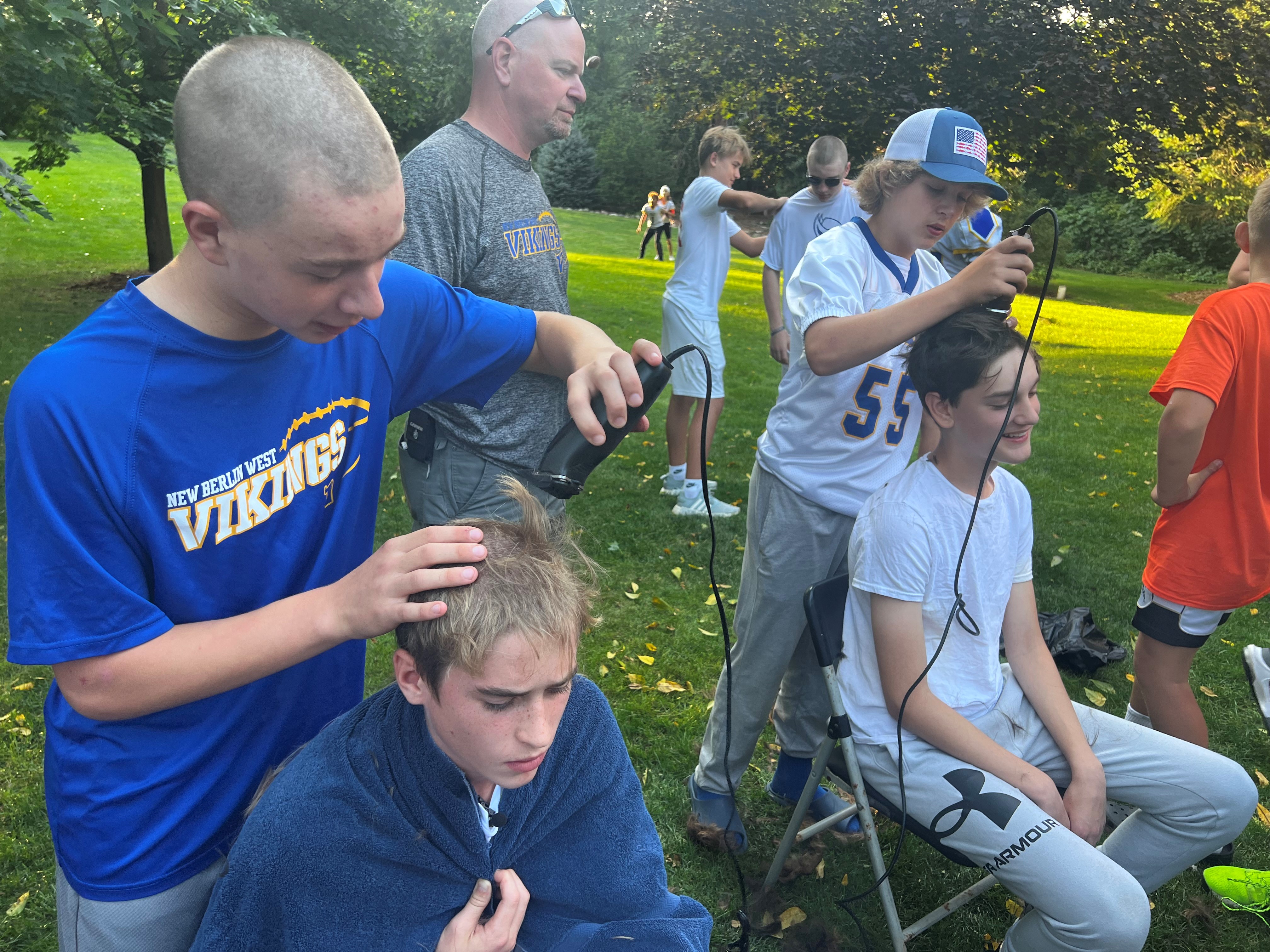 NEW BERLIN, Wis. (CBS 58) — It’s not common for the New Berlin West Youth Vikings to shave the night before the season opener, but they had a pretty special reason for Friday night.

“This is for Norah. She has leukemia. No child should go through this,” Jayce Cook said.

Norah, a classmate and friend on the Grade 8 football team, spent her summer undergoing chemotherapy treatments after being diagnosed with acute leukemia in June.

A few players wanted to show Norah that she wasn’t alone in her fight, and the rest of the team quickly bought into the idea.

“She didn’t really have a choice whether she wanted to or not, and this is our way of giving back to her. It’s our decision to help her in some way,” Spencer Phelps said.

Coaches and parents helped the boys with touch-ups, but ultimately the boys performed the move on their own.

The boys will run through a “Fight like Norah” banner, take off their helmets and surprise her with their freshly shaved heads.

Saturday’s game is dedicated to Norah.

EDITO: UBE and students must make efforts to preserve their autonomy – Le…