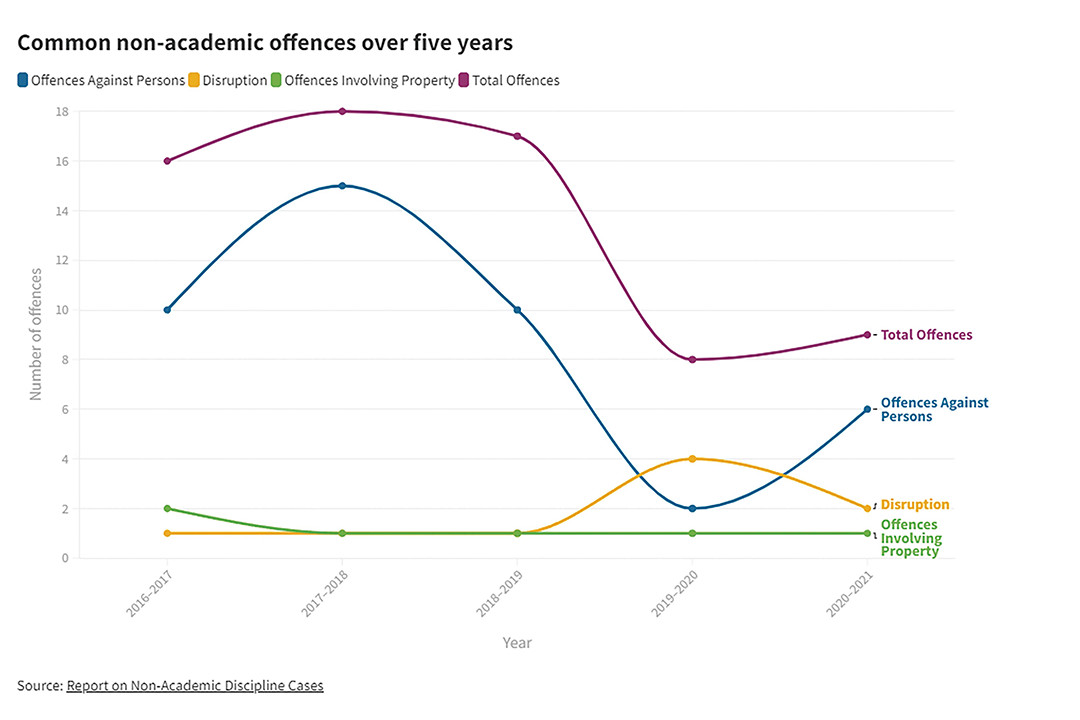 On November 23, University of Toronto Vice-Provost Students Sandy Welsh presented a summary of non-academic discipline cases at the university in the 2020-2021 academic year to the University Affairs Council. His presentation indicated a limited change in the number of breaches of Last year.

The Student Code of Conduct prohibits a variety of offenses, ranging from unauthorized entry to unauthorized possession of a firearm. The report presented to the board provided an overview of all cases and types of offenses and categorized them by faculty, college and campus.

The report shows that there were a total of six cases of non-academic offenses during the period 2020-2021, involving nine offenses in total – rates quite similar to those observed the previous year but half as high. than the year before the onset of the crisis. pandemic.

These new cases include six “offenses against the person,” a category that refers to anything that puts others at risk, including sexual harassment and assault. This number has tripled from the previous year. However, rates of disruptive offenses, which were the largest category last year, have declined. There was an offense which involved the destruction of university property.

Three cases of non-academic offenses were reported to the School of Graduate Studies. There was a noticeable shortage of cases at the UTM, which saw infractions explode last year. New College, Trinity College and the Faculty of Applied Science and Engineering have each reported one case.

In certain circumstances, the Code of Student Conduct describes certain “interim measures” and “interim conditions” that may be applied when cases are more serious and when actions may be necessary to protect the student population in general.