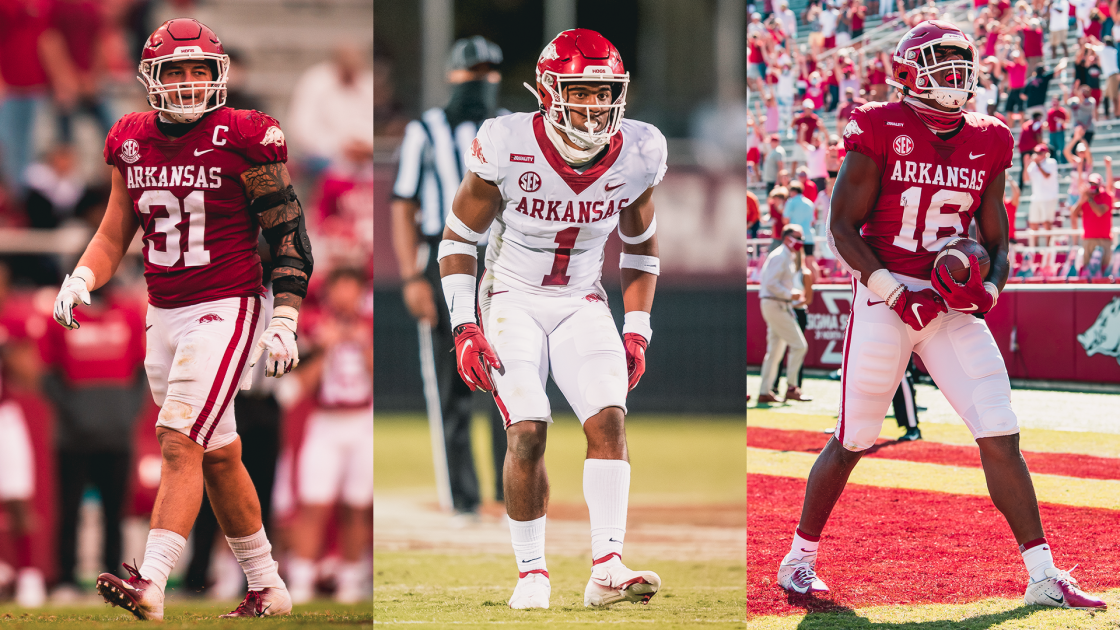 FAYETTEVILLE, Arche. – Three of the best college footballers are the Arkansas Razorbacks.

Defensive back Jalen Catalon and linebacker Grant Morgan were named to the watchlist for the 27th Chuck Bednarik Award, while wide receiver Treylon Burks secured a watchlist spot for the 85th Maxwell Award. The Maxwell Football Club announced Monday morning its watchlists for the Bednarik Award, awarded to college football’s most outstanding defensive player, and the Maxwell Award, awarded to college football’s most outstanding player.

Arkansas is one of 11 schools with two student-athletes on Bednarik’s watchlist, which consists of 90 applicants in total. Maxwell’s watchlist, meanwhile, has 80 players.

Catalon was ranked in the All-SEC First Team by the AP and named Freshman All-American by the FWAA last season after registering 99 total tackles, 2.0 tackles for loss, three interceptions, four missed passes, a escaped and two escaped forced as a rookie redshirt. The Mansfield, Texas native was the first Razorback defensive back to win All-SEC league coaching honors since Michael Grant (2007).

Morgan was one of the best players in all of college football last year after producing one of the greatest seasons in Arkansas history. The Greenwood, Ark. Product, who was named Walter Camp and AFCA Second Team All-American at the end of the year, recorded a total of 111 tackles, including 7.5 for loss, with 2.0 sacks. in 2020.

The linebacker finished tied for first in the country in tackles per game (12.3) while intercepting one pass, separating five and registering a rushed quarterback. Originally a walk-on, Morgan joined Martrell Spaight (2014) as the only two Razorback defenders to achieve AP and All-SEC Coaches recognition in the past 10 seasons.

The Warren, Ark. Native, who won second-team All-SEC honors after the 2020 campaign, was one of only two FBS receivers to record over 800 receiving yards and over 70 rushing yards. during the year.

Arkansas opens the 2021 season at home against former Southwestern Conference rival Rice at 1 p.m. Saturday, September 4 on SEC Network + / ESPN +. Season tickets are available now and can be purchased by clicking here or by calling the Razorback Ticket Center at (479) 575-5151.

American Films announces its intention to exchange on tZERO