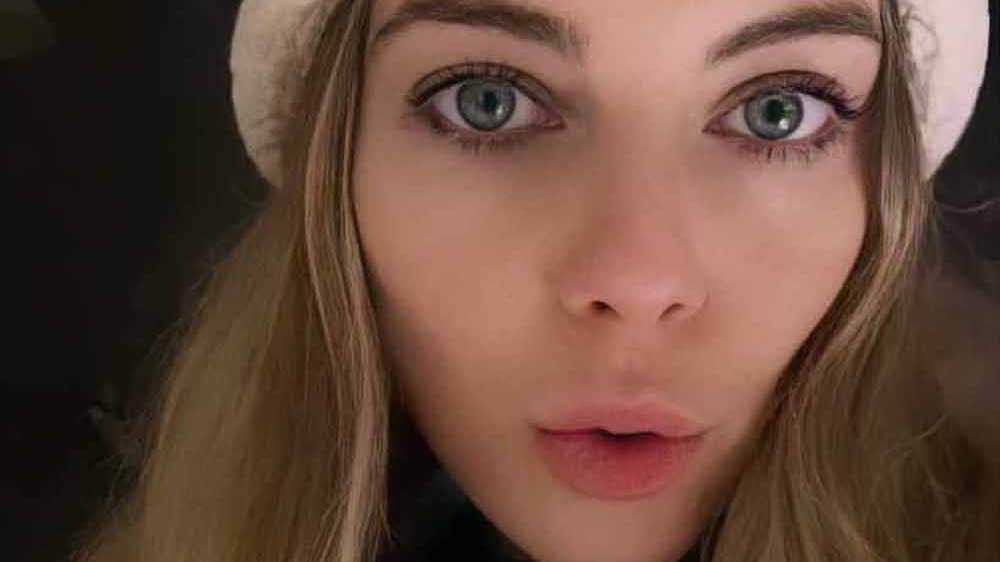 An English academic who is ‘one trip away from being beheaded internally’ says catching Covid has exacerbated the agony caused by her ultra-rare conditions to the extent that if she fails to get stem cell treatment rescuer “immediately”, she can die or give up.

Desperate to raise the £150,000 she needs for treatment in the US designed to stabilize her skeleton, Emily Balfour, 24, says her personal Doomsday clock is ticking as her brain bursts from her skull and she could be paralyzed at any moment.

At rock bottom, tortured by constant pain, Emily, from Exeter, Devon, even considered assisted death at Switzerland’s Dignitas Clinic, saying: “I can’t be stuck in this nightmare forever.”

She added: “I’m starting to lose hope because I’ve been living like this for so long and I’ve deteriorated so much. ”

An ice skating accident at 14 sparked the discovery of a barrage of alarming conditions that turned Emily’s life upside down.

She has Ehlers Danlos syndrome (EDS), a set of rare connective tissue disorders that make her joints unstable and prone to dislocation, as well as craniocervical instability (CCI), which means that the area where his skull and spine meet is dangerously unstable.

She has an elongated styloid process – a small pointed bone just below the ear – causing pain in her face and neck and she has a Chiari malformation. This means that the lower part of Emily’s brain has herniated and is pushing down through the base of her spine.

And she has a compression of the jugular vein, causing excessive pressure on the veins of the neck.

She said: ‘It was one of the most terrifying experiences of my life as it affected all the areas I have trouble with like my neck, brain and skull and it inflamed my face and my jaw.

“I felt like my face and head were on fire. I couldn’t move at all and had endless migraines and a fever, I thought I was going to die.

“I called an ambulance but the prospect of moving was too painful – I couldn’t even look left or right.”

Emily, who says she thought living with constant pain was ‘normal’ as a young child and fought through it anyway but is unable to do so now, received no definite prognosis.

She said: ‘Specialists can’t give a definitive time, but even one trip and I could be decapitated internally and it would probably kill me.

“I just desperately want to live a full life and not be stuck in this horror movie of an existence.”

She continued, “I want to exist without pain and live a full life, but I can’t do that without this operation.”

And the worsening of her symptoms since catching Covid is alarming, according to Emily.

Over the past few weeks, her vision has deteriorated to the point that she cannot see anything out of her left eye, as the neurological impact of her conditions destroys her visual processing.

This means she is deprived of the joy of reading or watching television and her impaired eyesight, cognitive and physical abilities make even the simplest tasks a challenge.

“I can only eat meals that don’t require actual cooking or often I can’t eat at all,” she said.

“Sometimes I can’t brush my teeth or brush my hair because of the pain I’m having and it’s just too overwhelming.”

She added: “My friends are wondering what to do with their lives and I’m literally trying to survive.

“I’ve been stuck in this one-body cage where I’ve been in survival mode since I was 19.”

Emily, who asks friends, family and kind strangers to contribute to her GoFundMe to raise money for stem cell treatment, medical care and shelter in Colorado, USA, known under the name PICL surgery, says it will repair and strengthen the ligaments that keep his skull stable.

Forced to put her English Literature degree on hold due to her health issues, her only other option would be the even more expensive invasive fusion surgery of her upper neck and spine – which she wants to avoid at all costs.

She said: “The fusion would be endless because I have hypermobility in my spine and I would just need to fuse more and more functionality.

“I would lose my mobility and that could just lead to more areas needing the same procedure.”

Emily continued: “The only positive treatment for me would be the one offered in the United States. My only problem is financing it.

“It’s my only chance. The only alternative to that is not having a life. To be alive but with absolutely zero quality of life is no life for me.

Every donation Emily receives gives her a ray of hope.

“Having to ask people for money and beg for charity to survive is horrible, I don’t want to, but I have no choice,” she said.

“I can’t express how each donation makes me feel a little less hopeless, and a little more like I can breathe and feel there is hope.

“Any hope makes such a difference.”

Despite being confined to her bed every day – apart from visits to the doctor – Emily has found support from her partner, Michael Roberts, 23, who lives in the same building.

Meanwhile, as she watches her friends make plans for the future, she continues to hope that her treatment will allow her to join them, instead of mourning the life she could have had.

She added, “I had dreams and ambitions of getting into film writing and creative writing, or even becoming a child psychotherapist.

“It is impossible for me to imagine achieving it now.

“But I have to hope that the treatment in the United States can give me that chance.”

*To donate to Emily’s GoFundMe, go to: https://www.gofundme.com/f/urgent-treatment-for-emily