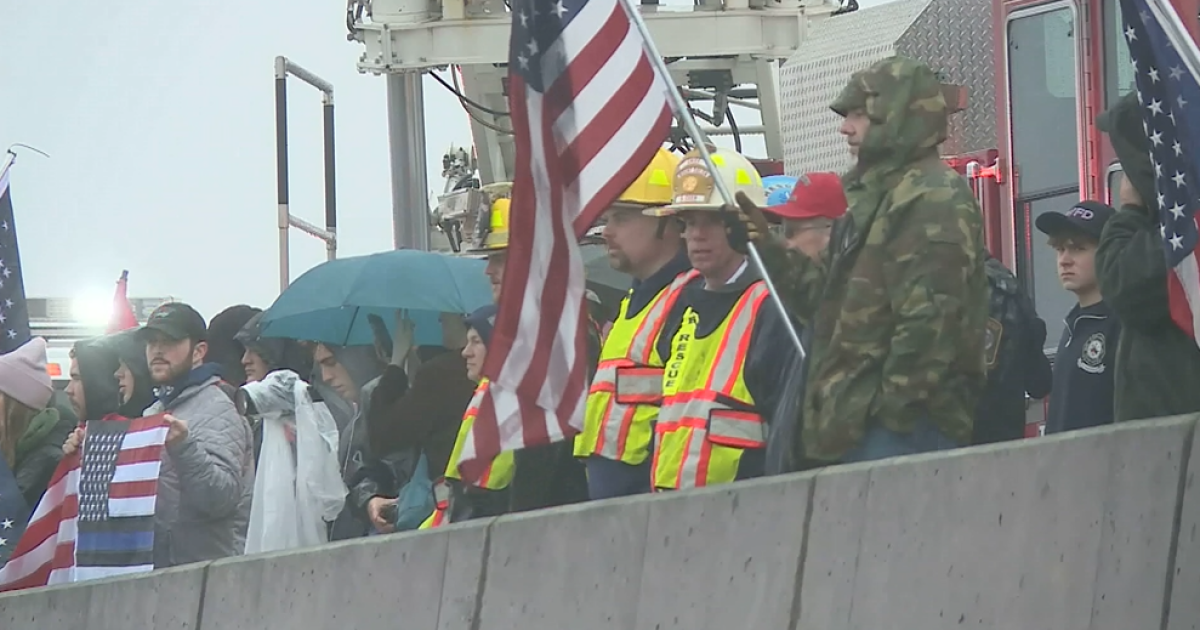 BRIDGEWATER, Va. — Jacob Painter remembers his Uncle John not only as a relative, but also as a best friend.

“I grew up with him and dad. Just hunting, fishing and doing outdoor activities,” Jacob Painter said. “I started playing music three years ago. an instrument of my life. And he was my biggest fan.

Not only did they share hobbies, including four-wheelers and going to concerts, but Jacob said his uncle taught him a lot about life and was there for him through thick and thin.

“I admired him,” Jacob said. “He always knew what to say.”

Campus Police Officer John Painter, 55, and Campus Security Officer JJ Jefferson, 48, were fatally shot this week at Bridgewater College in Bridgewater, Virginia. A former student has been arrested and charged with their murders.

After receiving a phone call that two campus officers had been shot in Bridgewater, Jacob said his father called to report his uncle’s death.

“I will never forget that phone call for the rest of my life,” Jacob said. “I never imagined life without him.”

On Thursday, Jacob was part of the Interstate 81 police motorcade that carried the bodies of Painter and Jefferson from Roanoke to a funeral home in Harrisonburg. A crowd of first responders lined the overpasses to pay their respects to fallen officers.

Back at Bridgewater College, a memorial to Painter and Jefferson has grown next to where the shooting happened.

“I just wanted to leave flowers for JJ and John and always remind them if they’re looking down that we’re all here with them,” Bridgewater student Dharakshan Shaikh said.

She said Jefferson was a regular customer at her job and they chatted for hours on some days.

“He was such a loving person,” she said. “And he had the greatest personality.”

Jefferson was also popular with students and staff at Shenandoah University, where he previously worked in the Department of Public Safety.

“He should be a symbol of what is good in this world,” said Shenandoah University President Tracy Fitzsimmons. “He knew the people. He knew their names. He knew their stories.”

Fitzsimmons said that during his time on campus from 2012 to 2018, Jefferson built relationships with students and was committed to strengthening community policing.

“That’s how we would find out about their concerns, whether related to safety or mental health issues, and the students would be more likely to get things done,” Fitzsimmons said of the impact of the work. of Jefferson.

She said the university is creating a scholarship for criminal justice majors in Jefferson’s honor.

Meanwhile, Painter and Jefferson are seen as heroes.

“They saved all of our lives in Bridgewater, I mean, who knows? If they weren’t there, what would have happened,” Shaikh said.

“I guarantee you that in this situation, not once did their life cross their minds,” added Jacob Painter.

Painter said he was hosting a benefit concert to honor the two officers.