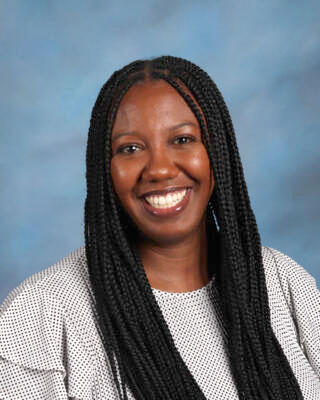 With 47 new recruits this school year, Oak Park and River Forest High School is making steady progress toward diversifying its workforce. Employees of color make up about 62% of new hires this year. 30% of new hires are black, 23% are Latino and 9% are Asian or Pacific Islander. Thirty-eight percent of new recruits are white.

OPRF has more employees of color in other job categories. People of color make up 44% of administrative and management employees and 82% of campus security officers.

The OPRF hired three new directors this year and they are all black women. One is new dean Marquita Thompson.

For Thompson, 36, it’s a homecoming. She grew up in Oak Park and graduated from the OPRF in 2004. Thompson says she is thrilled to work at her alma mater.

“This is my home,” Thompson told the Wednesday Journal in a phone interview last week. “I am where I am supposed to be.”

After earning a degree in English and a minor in Black Studies from Northern Illinois University, Thompson worked for three years as a residential counselor and supervisor for the Oak Park-based Hephzibah Children’s Association. She then worked for the Elgin U46 School District teaching English at Streamwood High School and the district’s alternative school before becoming dean at Larkin High School last year.

Thompson, who has two master’s degrees, discovered in June that the OPRF was looking for a new dean and she decided to apply. She nearly missed her chance due to an email error, but eventually contacted the OPRF and went through three rounds of interviews and was hired.

“I saw they were hiring and I just took a chance and applied,” Thompson said. “I almost missed the call because something was wrong with my email and it was going to an old AOL account I had since I was a kid.”

She is still getting used to working at the high school she once attended.

“It’s still very strange to me, but I come here very honored and humbled to be in this role,” Thompson said. “I know what an honor it is to be part of this community.”

When she walks through the halls and sees a teacher she remembers from her days as a student, Thompson must remind herself that she is a pair rather than a student.

“When I walk the halls most of the time, I still feel like a student and so when I see a teacher that I used to have, I have to remind myself that I work here and I don’t go here anymore,” Thompson said. said.

There are a number of teachers at OPRF who were teachers when Thompson was a student. One is her former English teacher, Michael Dorame, whom Thompson credits with inspiring her to become an English teacher. He was a passionate and endearing teacher. And he’s mixed race, half black and half Mexican.

“He was one of the first teachers of color I had and so it was nice to have someone who looked like me and who I could look up to,” Thompson said.

Thompson says that back when she was a student at OPRF, she wasn’t always as involved in the school as she could have been and felt like there were things on the college admissions process and financial aid she was unaware of.

“I’m looking to make a lot of the connections I missed the first time and to make sure my students are aware of the resources we have here so they also feel connected so they get the support that they need to prepare for success in the future,” Thompson said.

Thompson noticed that there are more teachers of color at the OPRF now than there were when she was a student at the OPRF 20 years ago.

“I see a lot more teachers of color and even more male teachers than when I was here,” Thompson said.

She says the OPRF is now much more intentional in how it deals with issues of race and equity.

“It’s such an honor to be here and to be part of the work the district is doing with just racial equity,” Thompson said. “I think the teachers and staff here are much more intentional in the work they do.”

Thompson now lives in Hoffman Estates but would like to move back to Oak Park.

“I hope to return to Oak Park because I would like my children to have the same, but a better experience than mine,” Thompson said.