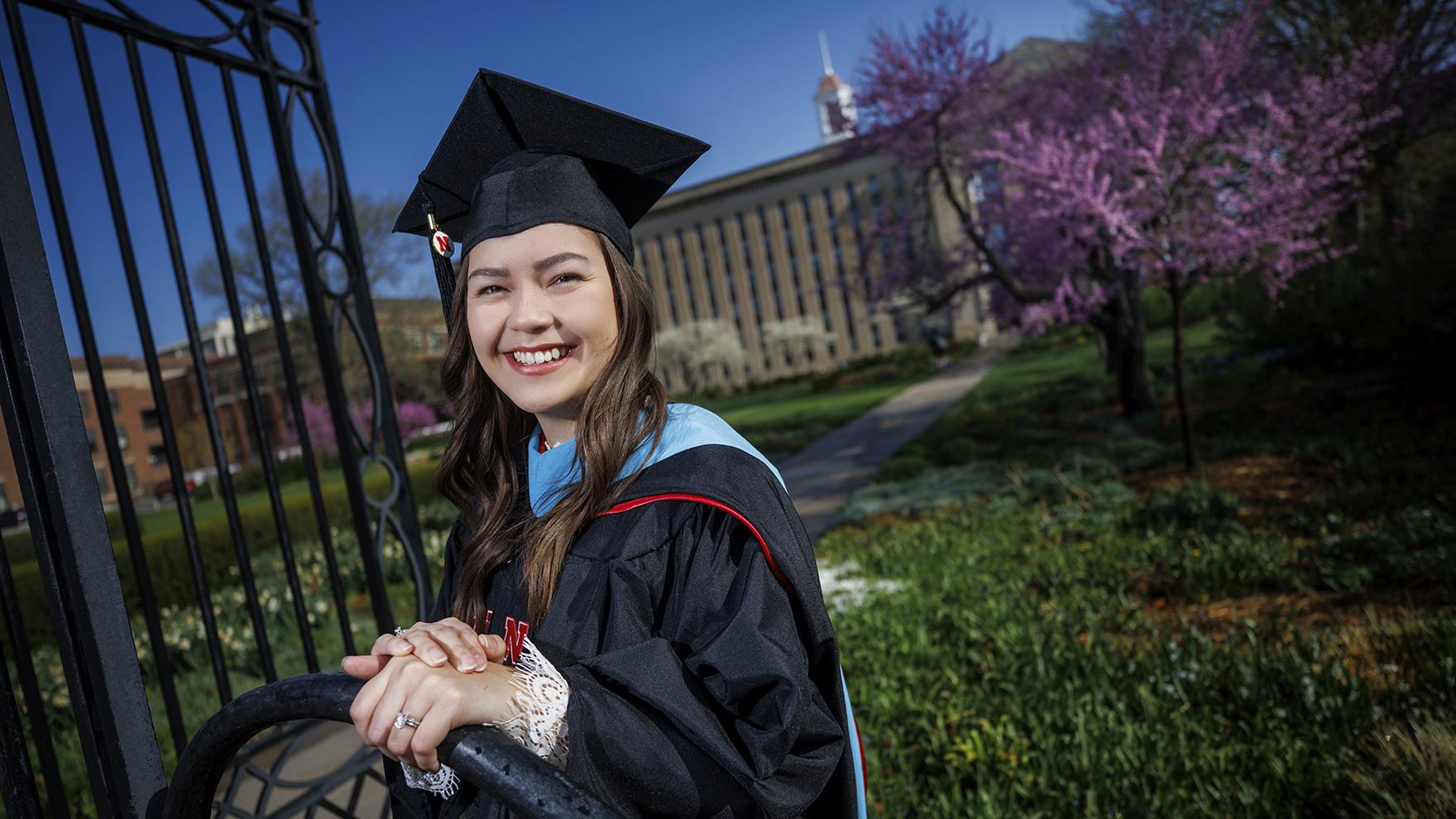 Mentorship, both given and received, has been a hallmark of Kristlin Mogensen Bright’s college experience.

Bright will receive his master’s degree in counseling psychology at the University of Nebraska-Lincoln commencement ceremonies on May 13. She will soon begin her career as a licensed psychotherapist in private practice.

While pursuing her master’s degree, she served as a Graduate Assistant in Education Talent Search for TRIO Programs at the University of Nebraska-Lincoln. She visited each of Lincoln’s public high schools weekly to help eligible seniors plan for college, urging them to complete the free application for federal student aid, reminding them to register for an entrance exam to college, brainstorming references and helping them write scholarship essays. .

Many students don’t have someone in their family who can show them the ropes of getting into college and succeeding after they arrive.

Bright’s life experience taught her how important it is for these students to have someone like her.

For example, his father was a good student. He served as valedictorian and class president for his senior class which earned a full scholarship to college. But he dropped out the first year and got a job. He told her that if he had had someone to help him, he might have been able to continue his studies.

While attending South Sioux City High School, Bright had a mentor through the TeamMates program founded by former Husker coach and athletic director Tom Osborne. This mentor supported her on her journey to seek an education at all costs – even when it meant sacrificing social activities.

“It wasn’t that my parents weren’t interested in my schooling, my dad really wanted us to go to school. But he had three jobs and he didn’t have time,” she said. “I knew going to college was my own responsibility.”

Her high school counselors, who knew her TeamMates mentor, helped her connect with the W.H. Thompson Scholars Program, which combines a Susan T. Buffett Foundation major scholarship with an on-campus learning community. They helped her find other scholarships that practically paid the full cost of her undergraduate degree.

Her boyfriend, now husband, Casey Bright also guided her. Kristlin and Casey both graduated in the top 5% of their class at South Sioux City. The couple started dating when they were 15 and married in 2019.

“I asked him ‘what are you doing now,’ and he said, ‘write up scholarships,'” she recalls. “So I copied it.”

Kristlin and Casey wed shortly after their undergraduate debut in May 2019. In August, they embarked on a nine-month international trip, spending more than three months in Europe, four months in Asia and one month in Australia. They had saved for the trip by working at the university.

Bright decided during the trip that she would pursue her master’s degree. She passed the Graduate Record Examinations in France.

Mentors had helped her get the undergraduate record she needed to be considered for graduate school.

As an undergrad, she worked in Rebecca Brock’s Family Development Lab, following advice she received from Alyssa Bischmann, her teacher for a third-grade educational psychology course. year. Bischmann asked about her educational goals and told her that she would need research and clinical experience even to be considered for graduate school.

“I never would have known this as a first-generation college student, and I didn’t have anyone close to me that I could ask these questions,” Bright said. “She revealed the assumptions that higher education has for students, such as students need to know that they need to do research before going to graduate school and that they need clinical experiences before going to college. be considered for graduate studies.”

Later, as Bright prepared her applications for graduate school, she again turned to Bischmann for help.

“She helped me write my personal statement in a way that would be appealing to professors reading it,” Bright said. “I had no idea how else to write it and I don’t think I could have gotten into graduate school without his guidance.”

Bright, who served on Nebraska’s First Generation Advisory Board, said she was blessed to have some incredible mentors in her life.

“Academia can be a kind of secret language,” she said. “I’m lucky to be the kind of person who asks questions to anyone who wants to listen, but not all the first generations. I think this highlights the importance of first generation programs and their work in reaching and supporting first generation students.

Remembering the vision and kindness of Hugo Sonnenschein as a leader and scholar of UChicago | Kenneth C. Griffin Department of Economics