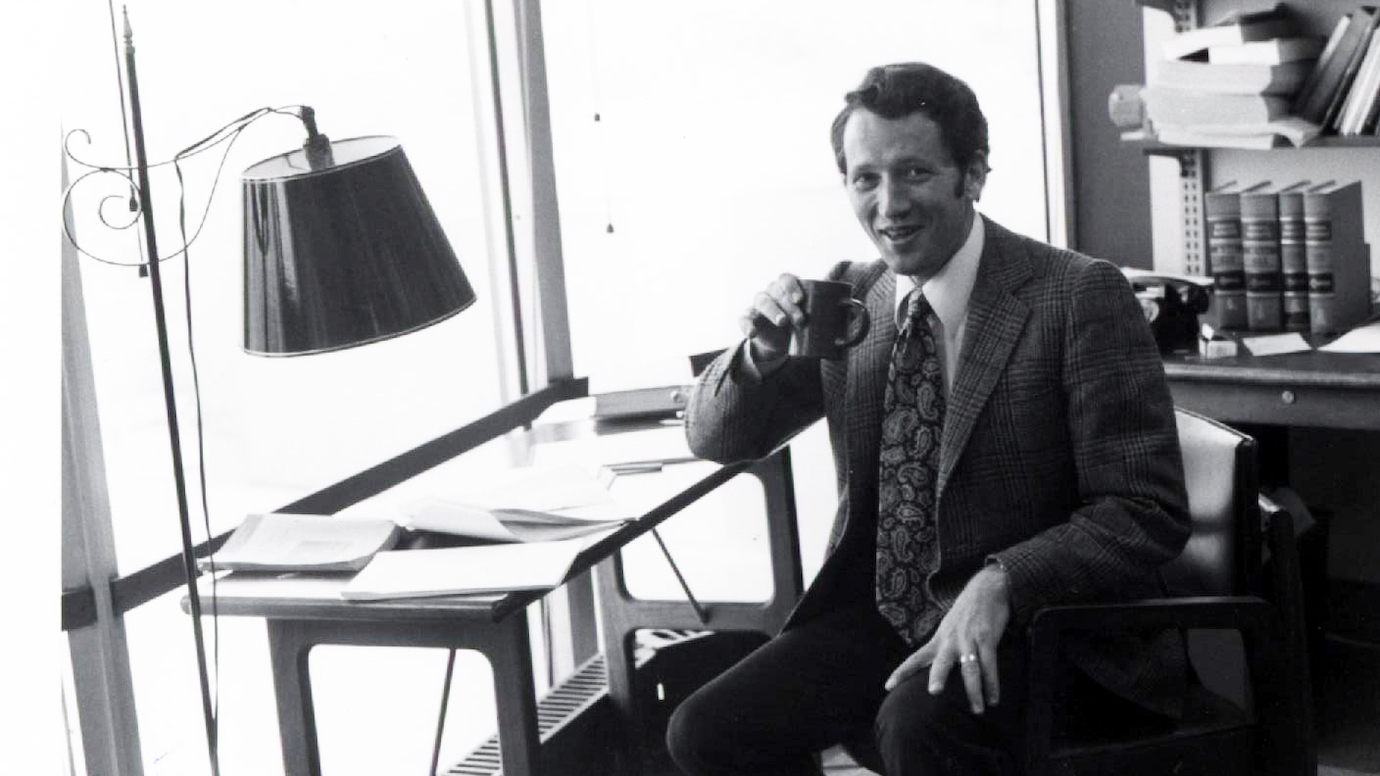 Kenneth Dam, former rector of the university and scholar at the law school, 1932–2022

Kenneth Willard Dam, former University of Chicago provost and longtime law school professor who served as assistant secretary of the US Departments of Treasury and State, died May 31. He was 89 years old.

Professor Emeritus of U.S. and Foreign Law at Max Pam Law School, Dam was one of the nation’s foremost scholars of domestic and foreign economic law. He has devoted much of his career to public policy and, in addition to his academic and government work, has held senior positions in corporations and nonprofits, on the board of numerous organizations and as a senior researcher at the Brookings Institute.

He was the University of Chicago’s fourth provost, serving from 1980 to 1982, when President Ronald Reagan asked him to serve as assistant to U.S. Secretary of State George Shultz, former dean of the Booth School of Business.

“Ken Dam was a brilliant scholar, a dedicated public servant and a kind colleague,” said Thomas J. Miles, Dean of Law School and Clifton R. Musser Professor of Law and Economics. “His decades of contributions to the School of Law, the University of Chicago and to our nation are deeply appreciated and will long be remembered. On behalf of the entire community, I offer our deepest condolences to the family and loved ones. Ken’s friends.

Former University of Chicago President Hanna Holborn Gray, Professor Emeritus of Service History Harry Pratt Judson, under whom Dam served as provost, remembered Dam as “a good friend and a wonderful citizen of the university, always ready to work constructively on its behalf”. and never claim credit for doing so much good.

“He and I worked closely together when he was provost. He liked this job because it allowed him to learn a lot about the scope of the University and its programs, to discover so many interesting people and such a range of ideas, to understand the complex problems that arose every day,” Gray said. “The fairest of men, he brought an admirable calm and exceptional judgment. I was very fortunate to have enjoyed two years of this partnership before Ken left to serve as George Shultz’s Under Secretary of State and pursue his ideal of public service.

Dam, who was born in Marysville, Kansas, in 1932, grew up on a farm and attended the University of Kansas. After graduating in 1954, he headed to law school at the University of Chicago. After earning his JD, he clerked for United States Supreme Court Justice Charles E. Whittaker, then embarked on an expansive, decades-long career that would include practicing at a law firm. , corporate work, government service and academia.

Dam served as assistant secretary – the second official – in the Treasury Department from 2001 to 2003, and assistant secretary in the State Department from 1982 to 1985. In 1973, he served as executive director of the White House Council on Economic Policy, where he was responsible for coordinating the domestic and international economic policy of the United States. From 1971 to 1973, he was Deputy Director for National Security and International Affairs in the Office of Management and Budget.

His academic career began earlier, when he joined the law school as an assistant professor in 1960. He was a member of the faculty, with various leaves, for the rest of his life. Dam was appointed Professor of Law in 1964 and Harold J. and Marion F. Green Professor of International Legal Studies in 1976. He directed the law school’s law and economics program between 1978 and 1980 and between 1995 and 1999. Between 1992 and 2004, he was the Max Pam Professor of American and Foreign Law (with leave for government service between 2001 and 2003). In 2004, after returning from the Treasury Department, he became Max Pam Lecturer and Emeritus Professor.

Most of Dam’s academic work has focused on law and economics, particularly as they relate to international issues. His publications include a number of books, including The GATT: Law and the International Economic Organization; Economic policy beyond the headlines with George P. Shultz; and The link between law and growth: rule of law and economic development.

“Kenneth Dam’s extraordinary career as a scholar, provost and civil servant will be rightly celebrated, but what I will remember most are Ken’s personal qualities, his warmth and kindness as a as a faculty member and mentor,” said Vice Provost Daniel Abebe, Professor of Law Harold J. and Marion F. Green. “Ken has always been generous in sharing the profound wisdom gained over many years of distinguished service, and I am grateful to have been his colleague.”

“He was a thoughtful and well-respected professor,” Stone said, adding that after joining law school as an assistant professor in 1973, Dam was “a lively, helpful colleague and a brilliant scholar.”

Both Stone and Dam served as provost of the University – Stone from 1993 to 2002 – and it was during Stone’s time as dean of the law school that Dam returned to the faculty after more than a decade in different roles.

“Ken and I have had many interesting interactions over his (and my) career,” Stone said. “He was a truly exceptional teacher, colleague and scholar, who represented the best of the values ​​and aspirations of our law school.”