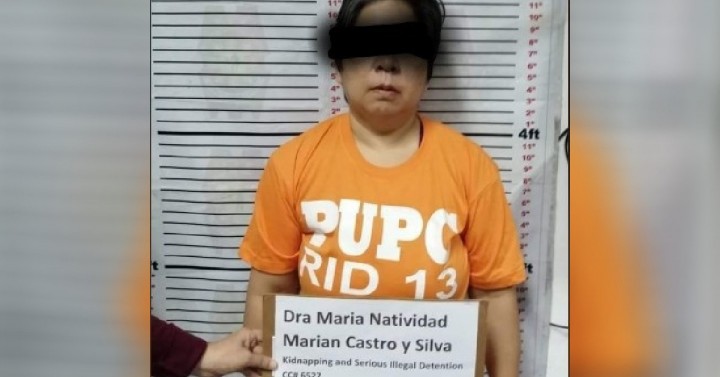 MANILA – Instead of condemning the arrest of a doctor, who has been identified as a Communist Party of the Philippines (CPP) official, the more important question is how even innocent civilians fall victim to Communist terrorist groups, according to the Western Visayas Regional Task Force to End Local Communist Armed Conflict (RTF6-ELCAC) on Sunday.

“It doesn’t matter whether she graduated at the top of her class from St. Scholastica’s College or UP-PGH (University of the Philippines – Philippine General Hospital). It also doesn’t matter what awards she won. A bachelor’s degree medical records and an exemplary academic record do not grant anyone immunity from the law,” Gonzales said in a statement.

RTF6-ELCAC also assured the Ministry of Health and all healthcare workers, especially doctors, that their contributions are greatly appreciated, but law enforcement must also do their job.

“Let law enforcement do their job and remember never to think doctors are safe from criminal prosecution. Trust the legal and judicial processes,” the statement read. “Like you in the medical profession, we must also recognize the contributions of other sectors of government, especially those who have chosen to work with the poorest of the poor and those who work to make our communities safe and secure from crime. and terrorists.”

“She is a member of the Central Committee of the CPP-NPA-NDF (New People’s Army-National Democratic Front). She is also the general secretary of a terrorist front, Karapatan-Caraga, which advocates the NPA (rebels),” Badoy said in another statement.

Badoy said Castro “is in the inner sanctum of this terrorist organization and is a key architect of some of the most heinous crimes committed against the most deprived among us: human trafficking, recruitment, radicalization, kidnapping , murder, homicide, financing of terrorism. , sexual abuse, pedophilia, slavery, etc. She is among the most culpable”.

Gonzales called on the Commission on Human Rights (CHR) to be impartial and fair in its press releases, which claimed Castro was red-flagged.

“While the CHR demonstrates extreme enthusiasm, zeal, passion and diligence in responding to the alleged indication of possible violations committed by police officers in the issuance of warrants arrest to Dr. Castro, we draw the attention of the CHR to your less enthusiastic response to the series of killings and ambushes perpetrated by the CPP-NPA on Negros Island over the past few days where CPP-NPA-terrorists NDF claimed responsibility for the brutal killing of at least four civilians and the wounding of five police officers,” the statement read.

The statement from the HRC left “the Filipino people with the impression that you are somewhat selective in your issuance of press releases on incidents of concern to your office,” the statement added.

The CHR should also refrain from using the term “Lumad” to refer to tribes of indigenous peoples (IPs) in Mindanao where Castro allegedly served, according to RTF6-ELCAC.

“Lumad is a term that was not coined by the indigenous peoples themselves but by the CPP-NPA-NDF to collectively refer to the members of the tribe,” the statement said.

Badoy said that within the IP community, Castro “wore the mask of championing indigenous peoples while committing the worst offenses against them. And she paraded them before the UN (United Nations) and the international community to repeat the CPP-NPA-NDF lies about government atrocities they themselves committed in order to destroy our country’s image and raise millions/billions from the international community which they then use to finance poverty and terrorism in our country”.

Finally, RTF6-ELCAC said it will pray for clarification from the nuns who issued a statement of concern over Castro’s arrest.

With no evidence to back up their rants, Gonzales said their statements were “fundamentally irresponsible”.

“Do not judge the merits of the complaints made against Dr. Castro in your statement. You are not the court. You are actually doing an injustice to the plaintiffs who filed the complaints. Let the legal processes continue and take their rightful course,” the statement read.

RTF6-ELCAC said Filipinos should rally behind the government and learn about the enemies of the state and the damage they have caused for more than five decades.

“Instead of defending terrorists who wear masks of nobility, those we must defend are our children and our indigenous peoples, the main targets of these communist terrorists,” he said. “If we are to end this 53-year parody perpetrated by the communist terrorist CPP-NPA-NDF on our people, we must stand united, impregnable in our shared love for the country.”

The CPP-NPA is listed as a terrorist organization by the United States, European Union, United Kingdom, Australia, Canada, New Zealand and the Philippines.

The Counter-Terrorism Council also officially designated the NDF as a terrorist organization on June 23, 2021, citing it as “an integral and inseparable part” of the CPP-NPA which was established in April 1973. (NAP)