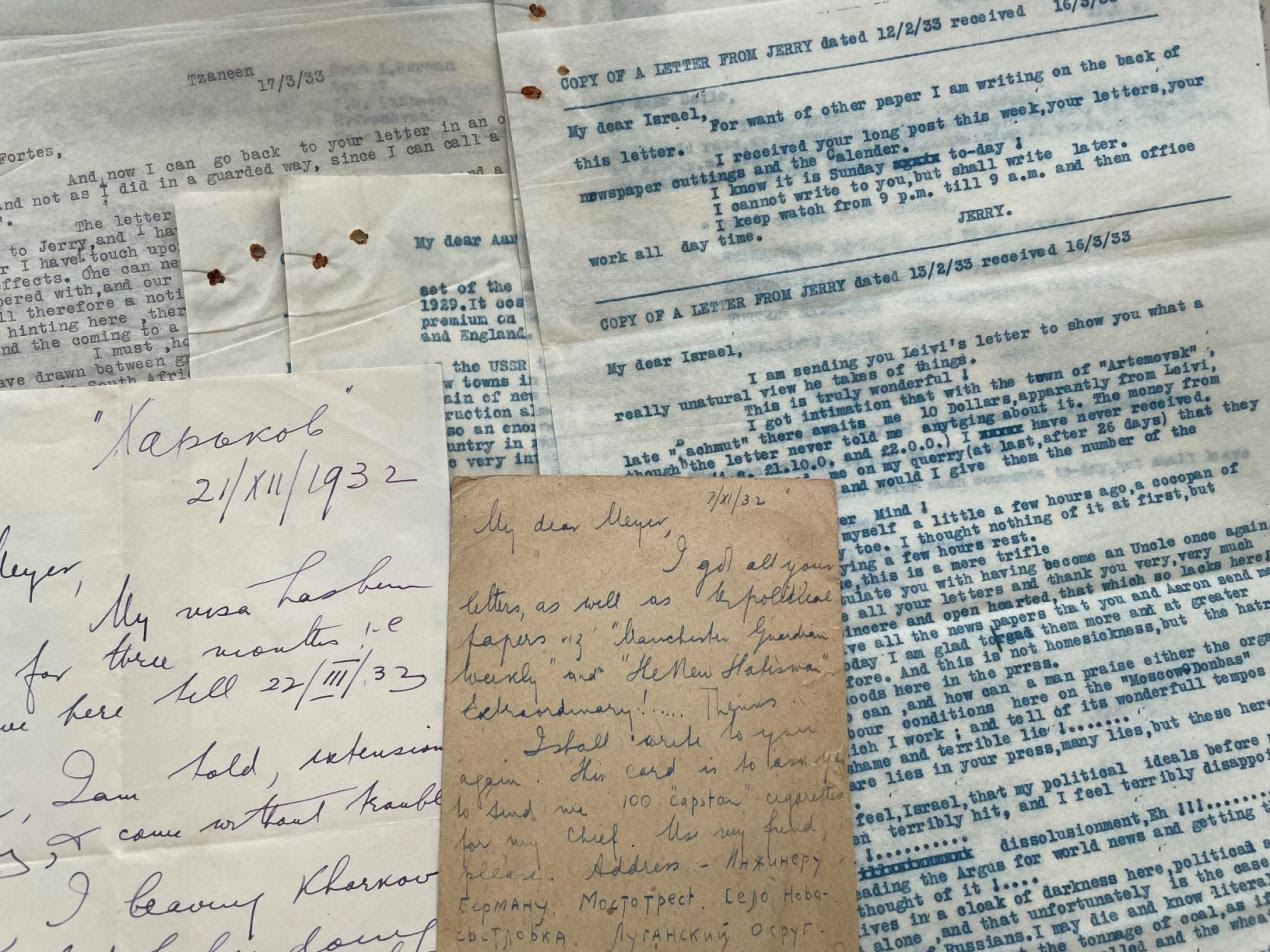 A unique collection of 69 letters shedding new light on the horrors of the “terrorist famine” in Ukraine has been exhibited in Kiev thanks to a remarkable find by an academic at the University of Cumbria.

Correspondence with Alison Marshall’s grandparents has been hailed as an important historical breakthrough to help uncover the truth behind the Stalin-orchestrated Holodomor genocide, which caused an estimated seven million deaths in the early 1930s.

Graphic reports from engineer Jerry Berman to his close friends Meyer and Sonia Fortes feature in a new National Holodomor Museum exhibition which opened this week and whose content is causing a stir.

Ms Marshall explained: “They give detailed accounts of when wheat was requested for export in order to generate hard currency, causing terrible conditions and widespread famine.

Little documentation exists from this period, and the fact that they came from an outsider with an outside perspective is particularly appreciated.

She found the missives while browsing a large trunk of letters, which had belonged to her grandparents, who had become friends and rock-climbing buddies with Jerry in college in their native South Africa and have remained in close contact afterwards. having moved to London.

When Jerry left for Ukraine, then part of the Soviet Union, to work as a civil engineer on a large bridge construction project, he witnessed the desperate situation. Workers were paid in bread tokens and forced to dig to feed starving families.

The museum’s curator and exhibitor, Yana Hrynko, said the value of her letters was to uncover the truth.

She added: “Presented as an unwitting witness, they testify to the details of the Holodomor genocide.

New findings or testimonies from foreign experts increasingly destroy Stalin’s image as an effective manager, highlighting the negative consequences of his methods and policies.

“They will become an important source of information and a valuable collection.”

Ms Marshall, who donated the letters to the museum, said they aroused great interest in Ukraine and that she was pleased with the attention of the Ukrainian media.

His grandfather had sent copies of the Manchester Guardian, The Economist and books to Berman and in return received long, detailed and often poignant accounts of the conditions he witnessed.

In one, from January 1933, he wrote: “What a pity that you see this world here through the pink glasses of your press, that you never know the truth.

Along with colleagues at the University of Cumbria, Ms Marshall, who is a professor of innovation and entrepreneurship, intends to create educational resources explaining how physical and personal artefacts can aid learning about major traumatic events. .

There will be close collaboration with the Holodomor Museum, which details the horrific, deliberate act of genocide against the Ukrainian people, resulting in massive death and destruction.