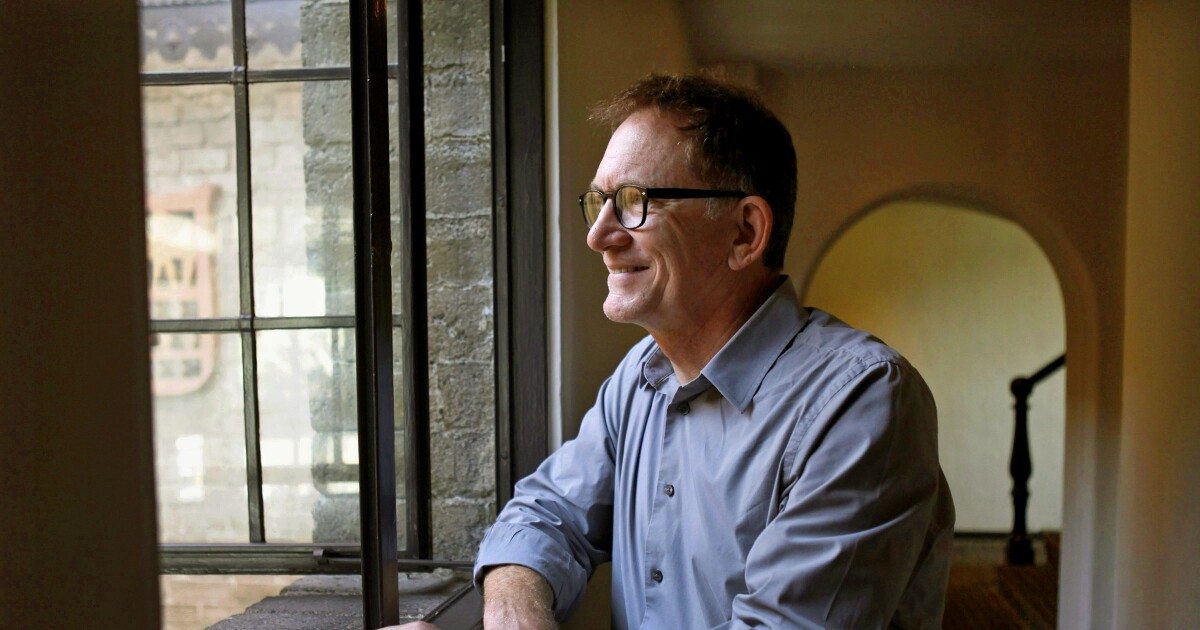 Mark Peel, “the LeBron James of the grill”

Mark Peel came of age during the celebrity chef’s rise – he was the opening chef from Wolfgang Puck to Spago, after all. I can’t say he objected to the attention given to him after 1989, when he and Nancy Silverton opened Campanile, a restaurant that helped define urban rustic cuisine and was a staple of Los Angeles culinary scene until it closed in 2012. Yet Peel was less a celebrity chef than a chef chef, more at home behind the grill or sharing with patrons a strange fact that he came from. read.

If you’ve ever seen Peel walk up to your table with a certain glint in his eyes, you knew a good story was coming. Or a particularly delicious bite of a dish he’d perfected. The man was generous with his food and his knowledge.

There was a period in my life when my husband Jonathan Gold and I were regulars at the Campanile. Sometimes we would eat at the counter and joke with Nick the bartender while Silverton worked at the sandwich press on grilled cheese nights. But the most exciting seats in the house were the ones with a view of Peel at the Grill. As a restaurant co-owner, he could have left the hottest spot in the restaurant and acted as the chef’s traditional shipper, wiping the sauce off the edges of the plates and adjusting the toppings. But he was the restaurant’s grill master – or, as Jonathan wrote in 2008, â€œthe LeBron James of the grillâ€ – the one who knew how to make sure every piece of meat or fish on the plate was succulent, with just the right amount of smoke and charcoal. This work, more than protecting the plates from a lost drop of demi-glace, was essential to the success of the restaurant. Plus, he seemed at ease “in the weeds” as he put it, placing orders, checking plates en route to customers, joking with a passing waiter and turning over a steak before the grill flames. ‘reach the meat.

â€œYou always want to play close to the edge,â€ he told me when I was writing a story about the Campanile opening process. “If it’s too easy, you get sloppy.”

I think that attitude came from his restaurant beginnings, even before his transformation days with Wolfgang Puck at Ma Maison and Spago, with Alice Waters at Chez Panisse, and with Michael McCarty and Jonathan Waxman at Michael’s Anti-Rules in Santa Monica. He used to talk fondly about his time spent in the stove at Cindy’s, a Denny’s-style coffee shop located off Highway 60, not far from where it meets 605 in El Monte. This is where I imagine he learned not to take himself too seriously even though he was a voracious reader and one of our most intellectually curious chefs.

It doesn’t seem fair that Peel, who died at age 66 on Sunday, left us less than a week after California dropped its COVID-19 restrictions and restaurants started reopening at full speed again. Although he’s calmed down in recent years, I’ve occasionally caught him at his Prawn Coastal (originally Bomba) inside the Grand Central Market, working the globe-shaped steam kettles, like the ones for oyster stew at New York’s Grand Central Oyster Bar. It was before the pandemic. I was hoping to go back to Prawn this summer, sit at the counter and maybe watch him serve a bowl of paella with ears on about his latest obsession, maybe some new ingredient or some weird historical fact.

Instead, I look at a photo our friend Anne Fishbein took of Mark Peel and Jonathan in our backyard as they triumphantly put the last piece in place of a ridiculously massive Weber barbecue – the ranch style of 37 inches which is overkill for all but the biggest crowds. Peel couldn’t stand Jonathan, who freely admitted his lack of mechanical prowess, left the grill unbuilt over the summer. In Peel’s world, no grill should go unused.

And no chef should be far from the stove. Over the weekend Ruth Reichl told me how she prematurely declared the end of the celebrity chef – in 1989 – and when I researched the article I was not surprised to find that Peel was one of his best examples.

â€œYou’re talking to the wrong guy. I don’t want to be a celebrity chef, â€he told her for the story. â€œIt’s too much work – traveling everywhere, having your picture taken. It’s insidious. The danger is that you stop paying attention to what you’re supposed to do, stop thinking about cooking. And that’s why I got into this business in the first place. I can’t sing, I can’t dance, I can’t play the saxophone. But I really know how to cook. And that’s what I want to do.

He did it brilliantly.

Laurie Ochoa worked as a writer and editor in the Food section of the Los Angeles Times, was editor-in-chief of Gourmet magazine, and is the arts and entertainment editor of The Times.

The pandemic treaty’s ‘zero project’ makes a strong case for…