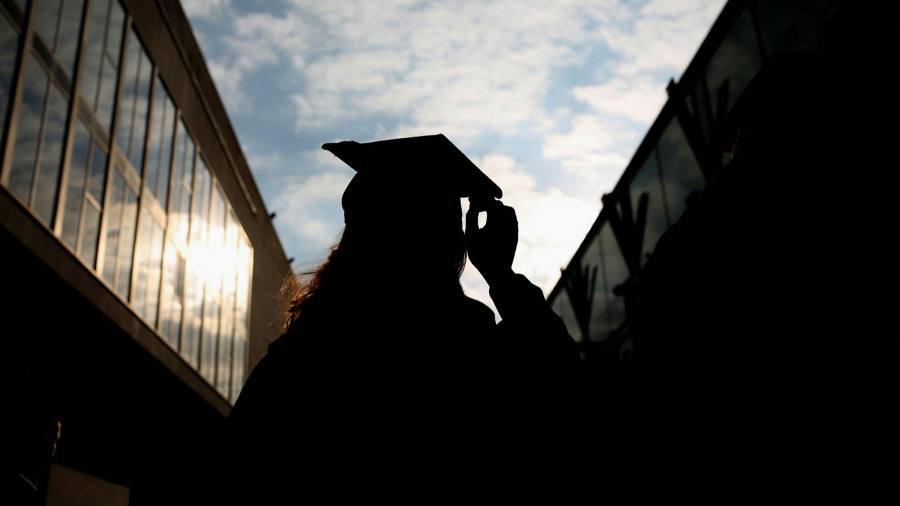 Muslim students urged government to keep promise to roll out Sharia-compliant student loans as tens of thousands of young people have emerged as being forced to drop out or self-finance their studies due to lack of alternatives .

A coalition including MP Stephen Timms, the data collection organization Muslim Census and the National Zakat Foundation, a charity, on Tuesday called on Prime Minister Boris Johnson to take action to roll out alternative finance for Muslim students in ‘by September 2022.

The intervention follows a letter sent in June by dozens of organizations, including the Muslim Association of Britain, the National Union of Students and the Fair Access Coalition, an educational equality charity, demanding that “future cohorts of students are not deprived of access to university education, simply because of their religion ”.

The government’s policy of offering only student loans with interest – a concept prohibited in Islam – has disrupted the education plans of 100,000 students, according to a Muslim Census survey released last week.

Mufti Mohammed Zubair Butt, an Islamic scholar, said interest-bearing loans are prohibited in Islam because lending money must be for the purpose of helping someone rather than making a profit. “You do this for the pleasure of God, you won’t get any benefit from it.”

The ban and lack of alternative options means that one in ten potential Muslim students do not attend university and one in six are self-financing, according to the census. About 36,000 Muslims attend university each year.

Annesa Mariyam, now 26, intended to become a pharmacist and obtained the necessary grades to go to university. Being one of five siblings from a low-income household in Manchester, she had no way of going to college without a loan, but decided she couldn’t break the tenets of her religion .

“I did all I could, but in the end I couldn’t afford it,” she said. She has since started an apprenticeship in the public service after finding her salary in a private school teaching role limited by the lack of a diploma. “I just couldn’t put my faith on the back burner. This is a serious thing.

Asha Hassan, an organizer of the petition, who self-funded her medical degree because she refused to take out an interest-bearing loan, said she “struggled with college” despite being lucky enough to get scholarships. studies.

“I went to so many access programs that really made me aspire to college and it made me feel very isolated to find that after that there were no more options,” she declared. “It is an injustice that could be so easily resolved. “

David Cameron pledged to solve the problem in 2013, when he was Prime Minister. A consultation recommended that the government introduce an alternative Takaful fund, administered separately from interest-bearing student loans, in which graduates make agreed contributions and students receive support. But there has been little movement since.

Campaigners hope the evidence from the Muslim census will demonstrate the urgent need for change. But they say the government is sending mixed messages. Timms said Universities Minister Michelle Donelan indicated in a recent meeting that the pledge is no longer holding and the government is simply considering the issue, while Prime Minister Boris Johnson reiterated the pledge in an e -mail sent to a voter.

The education ministry said it is “carefully considering alternative student funding” ahead of its response to the Augar 2019 higher education exam, which is due this fall, adding that it “will provide further timely information “.

The student loan system is already facing a period of upheaval, as the government plans to extend loan rights to continuing education courses while lowering the threshold at which graduates start repaying what they have borrowed.

The Treasury hopes to recoup more of what is loaned to students, as it currently receives less than half of what it lends, despite high interest rates. John Sharkey, a Liberal Democrat peer and one of the signatories of the letter, said the introduction of an alternative system was “entirely possible” and that the government’s “radio silence” on the issue was not had not been explained. “We are really puzzled at how long this has taken,” said Lord Sharkey.

“I just feel like it’s been so long,” said Mariyam. She remembers the shock and outrage she and her then friends felt when tuition fees tripled in 2010, and many realized they would face a tough choice between taking out a loan and going. at University.

“I thought a change would have been made due to the inaccessibility of the university,” she said. “The fact that it’s now a decade later – it looks like they don’t really care.”