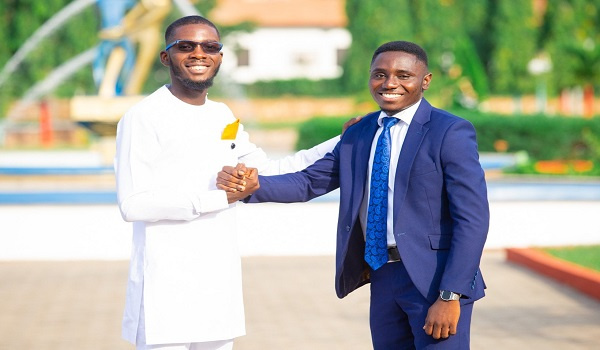 Presidential candidate in the 2021 presidential elections of the University of Ghana, Samuel Amos Ofosu, better known as Nana B, and his running mate, Alfred Acquah, accused the school administration of violating the constitution of the CBC.

In a petition to the Dean of Students, the pair described the university’s academic council’s intervention in the transition stalemate as a violation of the UGSRC constitution.

“With full knowledge of the authority and functions of the Academic Council, it does not have the capacity and place to assume its recent position. Articles 17 and 18 of the University of Ghana statutes are clear on the Council. academic and its mandated functions. These functions do not include the resolution of the electoral disputes of the UGSRC “, indicates part of the petition.

They also indicated in their petition that the directive from the Academic Council to the Dean of Student Affairs to oversee the swearing-in of Stephanie Naadu Antwi and Daniel Obeng Asamoah as Acting President of SRC and SRC Veep respectively is a “parody of the UGSRC Constitution.” . “

They also argued that “the Academic Council erred in the interpretation it sought to give to Article 24 (8c and d) of the UGSRC constitution”.

“A careful reading of these constitutional provisions to which reference is made will teach everyone that the powers of these provisions will suffice and that the treasurer has been duly and substantially elected and, as such, is not the subject of impeachment trial, â€they explained.

â€œWe recognize that there is a chain of command in every institution, but we also need to respect the offices that are legally mandated to perform certain functions and assume certain responsibilities. In accordance with Article 38 of the University of Ghana statutes, the Dean of Student Affairs is responsible for, among other duties, leading the SRC and in situations like this we wish to see the office of the Dean of Student Affairs students lead the charge, â€the statement continued.

The petitioners want the dean to take action on this and have pledged to “explore all avenues to demand justice” if an injustice is done.

The Islamic world should be grateful to the martyr Soleimani