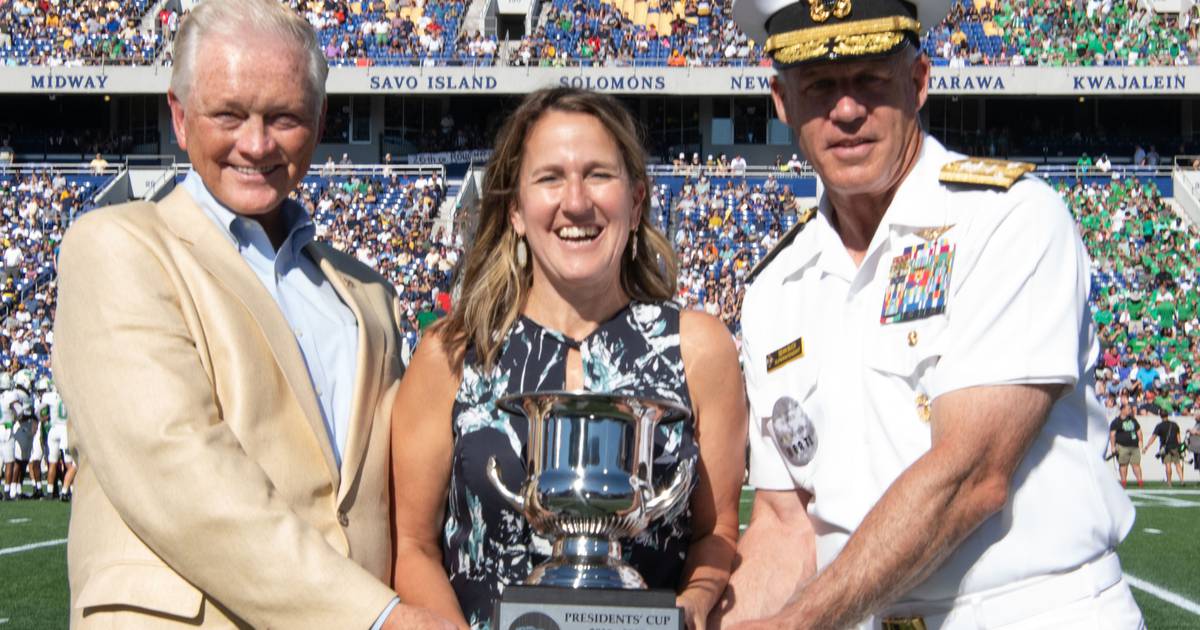 The Navy won its record eighth consecutive Presidents Cup, awarded for overall athletic excellence within the Patriot League. It’s the ninth time in the past 10 years that the contenders have topped the standings which is determined by championship success throughout the college year.

“We are all very grateful for the determination of our midshipmen and coaches to bounce back to championship caliber so quickly after the disruptive challenges of the pandemic,” said Navy athletic director Chet Gladchuk. “We remained focused on all objectives with a mindset of planning to win and a determination to continue to set the benchmark for competitive excellence within the League.”

Gladchuk said the Presidents Cup is “a very important driving force” behind the Navy’s competitive spirit and motivates everyone every year to stay focused and keep gear in Annapolis.

“It’s an honor for our programs to be recognized as the best in the conference,” he said.

The Navy has won 71 Patriot League championships over the past decade, with Boston University ranking a distant second with 32.

The Presidents Cup is awarded to the member institution with the highest cumulative sports point total for its position in the Patriot League in men’s and women’s sponsored sports. Points are awarded based on a combination of regular season and tournament results from an institution in each sport.