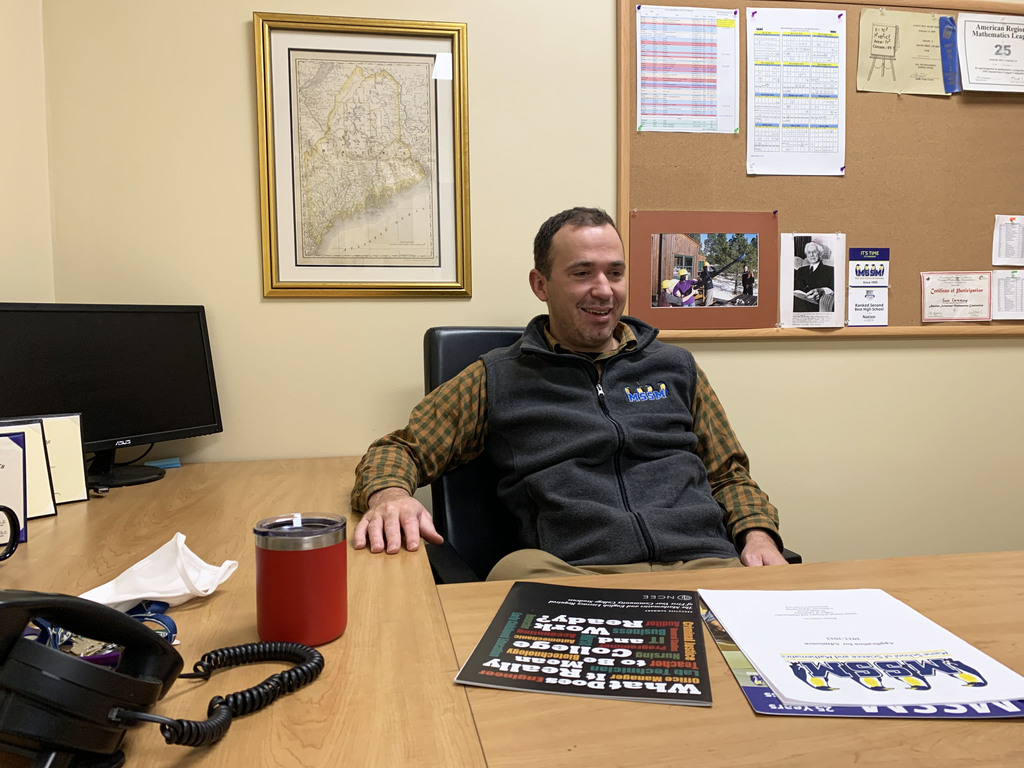 LIMESTONE, Maine – Even if Sam Critchlow from Peaks Island hadn’t had an array of high school options in the Portland area, he would still have chosen the Maine School of Science and Mathematics in Limestone for his reputation as a close-knit university community.

“MSSM was the first school where I had real friends and peers who pushed me to excel but also looked out for me,” said Critchlow.

Critchlow is the ninth executive director of Maine’s first Magnet Public School. He hopes to help the school extend its reputation as an “innovative” academic environment to more students across the state.

Modeled after similar boarding schools in Louisiana and North Carolina, the school opened in 1994 and offers educational experiences rare in Aroostook County and Maine at the time, such as advanced placement classes and higher-level science and mathematics, including arithmetic.

Over the years, graduates have attended public institutions and the Ivy League and started careers in medicine, engineering, software development, business, education and other STEM-based fields. Through a partnership with the University of Maine at Presque Isle which began in 2015, students can take courses for college credit and potentially earn an associate’s degree.

“When students express a particular interest [in a subject or club], we are looking for instructors who could meet this need, ”said Critchlow. “I remember taking mathematical analysis classes as a student. My best friend, who is a neuroscientist, is deeply grateful for the scientific skills he has developed here.

Critchlow graduated from the school in 2001 and spent 14 years teaching math and running schools in the Rocky Mountains and northern New England. After living in Montana for several years, he saw the position of executive director of the Maine School of Science and Mathematics vacant and was inspired to return to a place where he had always felt at home.

The history of the school is rooted in the history of Aroostook County and the desire to bring a different educational experience to students in Maine.

After the Loring Air Force Base in Limestone closed in 1994, the Maine Legislature chartered and funded the school, which opened that year to grade 11 and 12 students. The first class graduated in 1996 and the school then developed into a four-year high school.

“The motive was to bring something special to Limestone,” said Ryan McDonald, school public relations coordinator and summer camp director.

Although it is located in remote northern Maine, said Critchlow, the small town lifestyle and calm nature of the area attracts students who want to focus on their studies without the distractions of the areas entertainment. more urban.

Oliver Sites, a senior from Leeds, credits the vast Aroostook County skyline for introducing him and his friends to stargazing, which could lead to potential careers in space science.

“I know a lot of people who would never have been interested in astronomy if they hadn’t come here,” Sites said. “They want to specialize in astronomy or something similar.”

The school has typically housed 100-200 students, with an average 97 percent coming from Maine. There are currently 121 students, of which 15 are from Aroostook.

Justin Pelletier, an elder from Fort Fairfield, said being in school allowed him to take higher-level classes not available in the local school district. Now he feels more confident to apply to colleges.

“I would never have considered an Ivy League school if I hadn’t come here. It’s still a long way off, but it’s no longer possible, ”said Pelletier.

To better help students like Pelletier and Sites, Critchlow plans to advocate for increased state funding. Unlike the SAD or RSU districts, the Maine School of Science and Mathematics receives an annual appropriation of $ 5.2 million from the legislature which goes towards operating expenses.

Since the school pays rent to Limestone Community School, with whom it shares a building, it must apply for increased public funding or fundraising through the MSSM Foundation. This dilemma means that MSSM has only undertaken smaller repairs, such as upgrades to its heating and air conditioning system and flooring, in recent years.

“I would say that we are less at risk [for decreased state funding] than before, but we’ve been funded flat over the years which creates a decrease over time, ”said Critchlow.

Amid these challenges, Critchlow hopes to expand the school’s reach to potential students in rural Maine, tribal communities, and southern areas of the state with growing immigrant populations.

With a greater focus on equity, the school could increase enrollment numbers and give more students the chance to realize their full potential, he said.

“There are still people who haven’t heard of MSSM,” Critchlow said. “I want all middle and high school students in Maine to know that MSSM is an option for them.”

More articles from the BDN