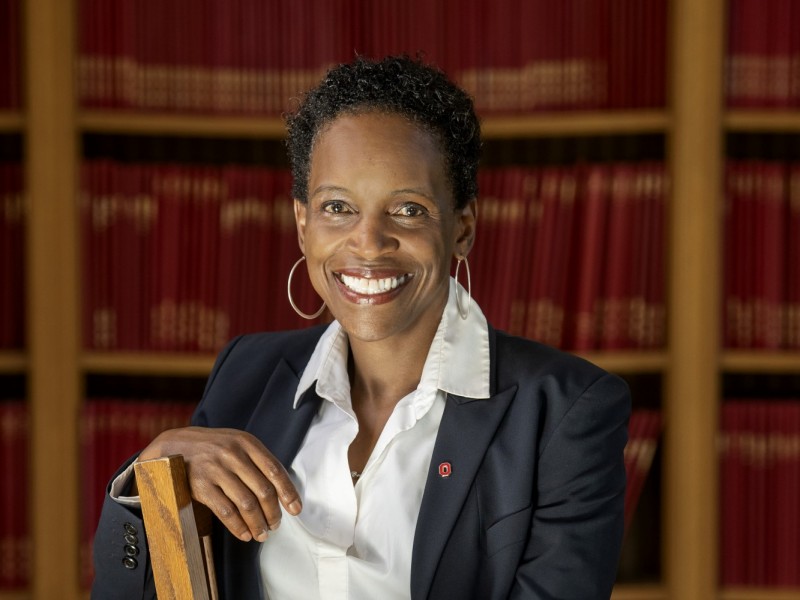 Executive Vice President and Vice President of The Ohio State University Melissa L. Gilliam delivered her first State of Academic Affairs address on March 31, outlining her thoughts and priorities for the university enterprise.

“At this time last year, I hadn’t even submitted my letter of interest [to Ohio State,]” she said. “I was always looking at the job description and the very powerful words of President Johnson in her State of the University address in which she said that the State of Ohio would tackle some of the most pressing issues in the world. And I thought that given this time, given our collective moment, Ohio State was the place that wanted to do more.

Gilliam has been at Ohio State for about seven months, having joined the university from the University of Chicago, where she was vice provost, Ellen H. Block Distinguished Service Professor of Health Justice and Professor of Obstetrics, Gynecology and pediatrics.

From academic excellence to research and creative expression to community engagement, Gilliam discussed the importance of supporting the university’s top priorities.

Gilliam discussed some of the programs designed to develop and grow Ohio State’s faculty. Earlier this year, the Office of Academic Affairs (OAA) announced 15 tenure-track positions related to the university’s RAISE (Race, Inclusion and Social Equity) initiative, which will add at least 50 research faculty to the university within a decade.

RAISE is part of a larger university initiative to add 350 tenure-track faculty within a decade, while enhancing academic and personal resources to support scholars, educators, and practitioners across the state. Ohio at all stages of their careers.

FAO also recently launched the Fellowship Leading to Provost Tenure in Faculty Program. The program aims to recruit early-career scholars who will enter the university as tenure-track scholars and then become adjunct professors.

“The idea here is that we should be one of the most competitive places to become a faculty member. We should have people choosing us for the opportunity to take advantage of this cohort of scholars,” a- she declared.

Gilliam also discussed new initiatives to support student success. She pointed to the Scarlet & Gray Advantage program to enable eligible Ohio State students to earn their bachelor’s degree debt-free, through a combination of scholarships, work opportunities, and financial literacy programs. A small pilot program begins in fall 2022 and will continue to grow over the next decade.

“Not only is Scarlet & Gray Advantage a program that supports individual students, it helps us as an institution to work better,” she said.

Gilliam said one of his new goals is to create a new academic plan for the university, noting that it has been nearly 20 years since the university developed a document to highlight academic priorities. She said it would be a strategic effort “developed through conversation and collaboration.”

Gilliam said there is a lot to look forward to in Ohio State.

“I will end by thanking you for taking the time to present the state of academic affairs to you. But more importantly, thank you for the opportunity to be a Buckeye and join this community.