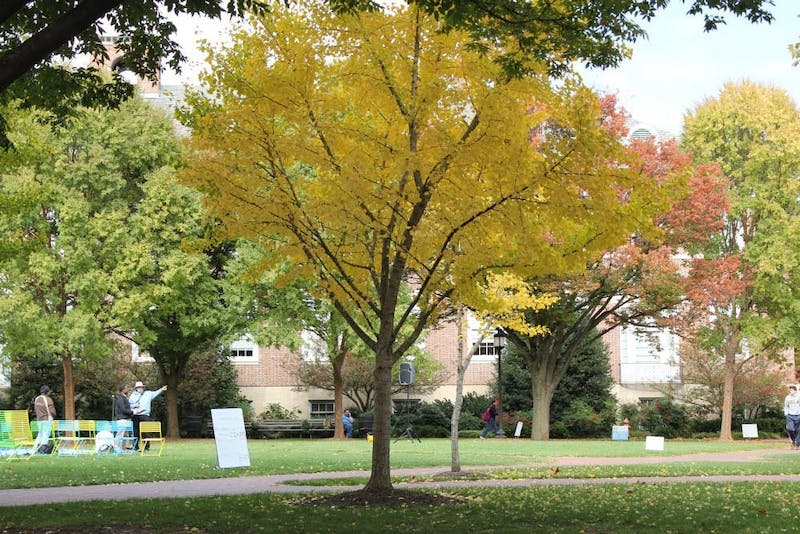 In a virtual roundtable on October 22, four scholars from various fields were brought together by the Stavros Niarchos Foundation (SNF) Agora Institute and the William H. Miller, III Department of Philosophy to discuss the importance of humility intellectual and its role in educational institutions and democracy. Professor of Philosophy and Director of Graduate Studies Dean Moyar moderated the panel.

Moyar discussed in an interview with The News-Letter the meaning of intellectual humility and its implications for today.

“Intellectual humility comes from the intersection of philosophy of religion, political philosophy and epistemology,” Moyar said. “The idea behind this panel and this project is to bring people together to talk about this idea of ​​intellectual humility, to recognize our limits, to see what it could do for democracy.”

Paul Franks, Professor of Philosophy and Judaic Studies and Religious Studies at Yale University, began the event by explaining the history of humility within Abrahamic and philosophical traditions, with an emphasis on the views of philosophers such as Maimonides, Baruch Spinoza, Immanuel Kant and Georg Wilhelm Friedrich Hegel. Franks pointed out the fine line between humility and arrogance and how members of society often struggle with a humility that is not necessarily related to spirituality.

Panelist Sara Rushing, associate professor of political science at Montana State University, presented a theory from her new book The virtues of vulnerability: humility, autonomy and citizen subjectivity. This theory is called Relational Autonomy Enlightened by Humility, which uses Confucian and feminist thinking to create a new model of humility.

“My book argues that humility is extremely important in a democratic political context,” she said. “But you have to combine it with the desire for autonomy and the quest to be able to do things together, to make changes and achieve our ends, otherwise humility risks becoming paralyzing.”

Andrew Perrin, professor of sociology at the SNF Agora Institute in the School of Arts and Sciences, spoke about the importance of admitting mistakes in the educational and political arena.

“People have to show a certain level of generosity when they enter the public sphere. They must be able to accept the possibility that they are wrong, [that they] will learn something new and [that they should] engage with this disagreement, ”Perrin said.

Panelists highlighted the intersection and conflict between science, philosophy and religion in the modern world, especially a misunderstanding of science perpetuated by the educational institution.

“We teach science badly. We teach students to discover things that are already known, that there is a right answer, and that that right answer is concrete and effective, ”Perrin said. “If we were to teach students about science as a process, as organized intellectual humility, we could create a much better kind of political subjectivity. “

Little echoed these sentiments, arguing that conflicts between science, philosophy and religion stem from intellectual arrogance.

“[There] is a desire for these areas to exercise their hegemony, and this superiority is a very big threat to democracy, ”he said. “Our ecosystems thrive when we have diversity, and in the absence of diversity, we don’t do as well. “

Graduate student Marjan Ehsassi, a member of the SNF Agora Institute Student Engagement Council, attended the event and felt inspired by the power of humility.

“Since the presentation, I have been thinking about ways to introduce humility into our work on and off campus,” she said. “The way we approach each interaction – with or without humility – and the way a humble disposition has the potential to affect each exchange is powerful.”

Ehsassi explained that Hopkins students and teachers can all benefit from the power of humility.

“We need to invite and engage with those who have divergent views. It does not require agreeing with each other, but it does mean that we need to create inclusive spaces for other perspectives and reflections to be brought forward, ”she said.

This attitude was reflected in the last question posed to the panelists regarding biblical and divine humility, which Franks and Little presented as signs of love.