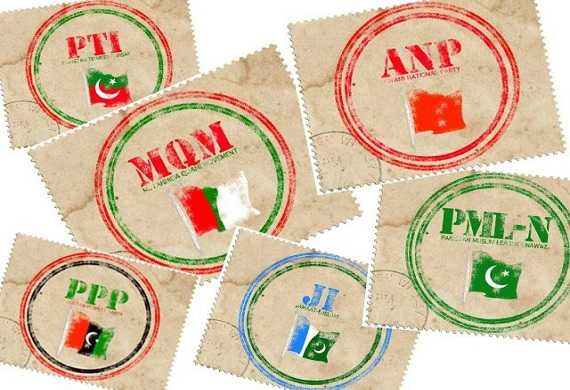 Political and military parties accused of being “intellectually corrupt”

Former Federal Board of Revenue Chairman Syed Shabbar Zaidi expressed his views in a tweet accusing PML, PPP, MQM and Military who ruled between 1976 and 2018 of being intellectually corrupt. The medium or long term vision of the country has never been their focus and they have helped flee assets from Pakistan. He cited the examples of India and Bangladesh which did not have an intellectually corrupt system and eventually replaced us.

Mr. Syed Shabbar Zaidi tweeted: “India and Bangladesh replaced us because there was no intellectual corruption in their system. PML, PPP, MQM & Military who reigned between 1976 and 2018 were among others intellectually corrupt. They never took a medium or long term view and facilitated the transfer of assets from Pakistan.

India and Bangladesh replaced us because there was no intellectual corruption in their system. PML, PPP, MQM & Military who reigned between 1976 and 2018 were among others intellectually corrupt. They never had a medium or long term vision and facilitated the transfer of assets from Pakistan.

Under his tweet, several Internet users expressed their grudges against the current government, in particular by pointing the finger at a massive depreciation of the currency. Some users have also criticized Mr. Shabbar for not including Pakistan Tehreek-e-Insaf (PTI) in his list of intellectually corrupt parties. He replied to her tweet: “PTI made no policy errors.”

Despite the fact that Bangladesh was born in the midst of famine and war, today the country’s more than 160 million people, crammed into a fertile delta more densely populated than Vatican City, seem destined to be the resounding success of South Asia.

When India and Pakistan became independent 70 years ago, they were at the same level of development, with both poor and destitute. But the economic gap between them has widened over time.

The varying results for the two neighboring countries make it certain that the quality of institutions in India and their ability to bend rather than break under the weight of social divisions and instability played a much more decisive role. in their fate.