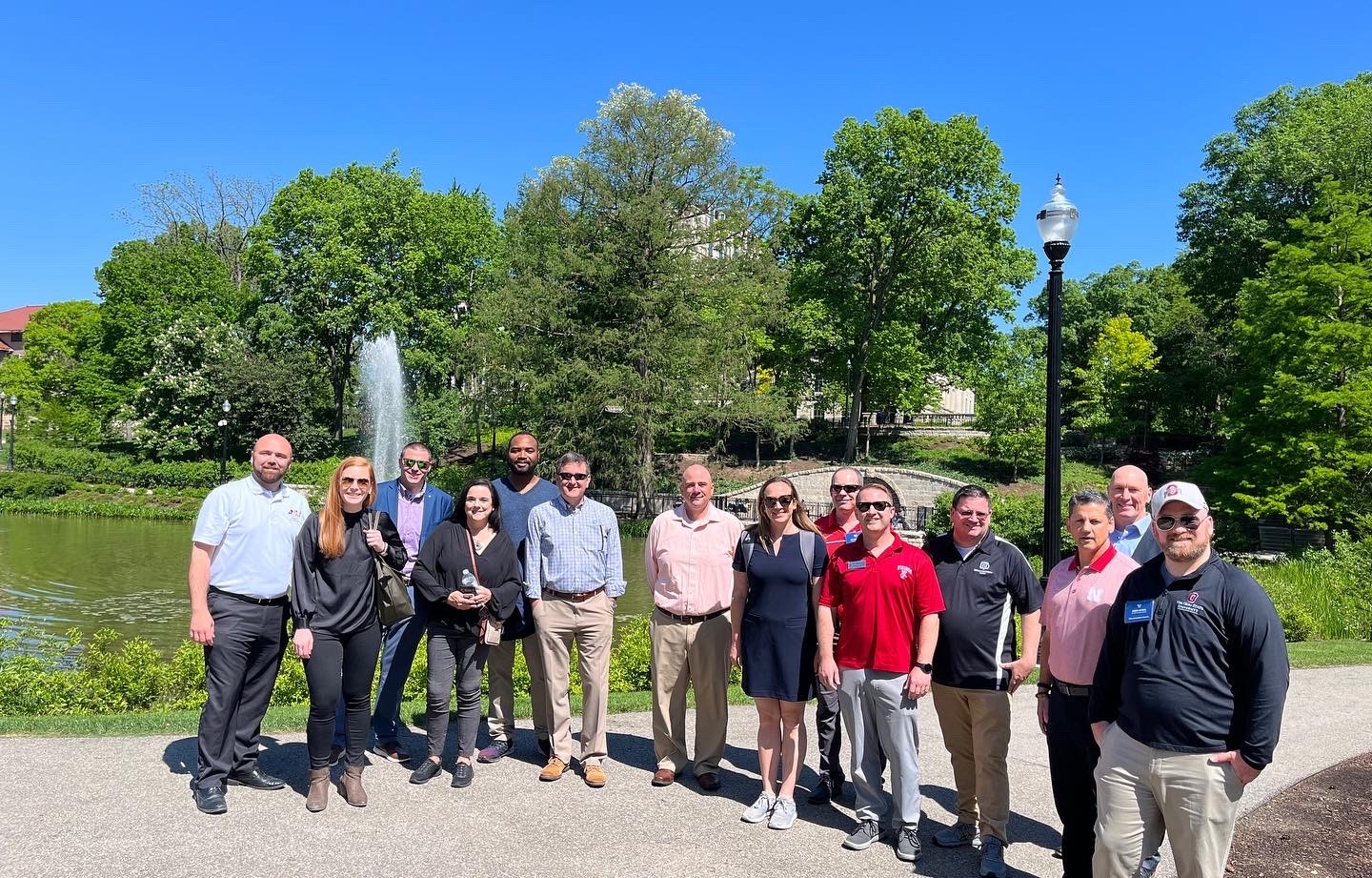 For Jael Dennis, a National Guard reservist and Reserve Officers Training Corps (ROTC) cadet who just graduated from Ohio State University, volunteering in the Peer Sponsorship Program 3 and University’s goal is the opportunity to give back to classmates who have served in the military.

“If they’re new to Columbus, we share information with them about the area and the Short North,” Dennis said. “In the Veterans’ Lounge, there is camaraderie.”

When Dennis, a foreign policy graduate, began volunteering at the start of her senior year last fall, she came up with a variety of ideas to help veterans and other students in the military. She shared with them an app on the best places to see fall leaves in central Ohio and hosted a seminar that offered stress management and relaxation tips.

“I held a pumpkin decorating contest to break up the monotony of the finals,” Dennis said. “It was before Thanksgiving.”

Dennis is one of more than 2,180 military-related students and family members enrolled at Ohio State. The 3rd & Goal Peer 2 Peer Sponsor program is designed to help student veterans and incoming military members transition from the military environment to the academic environment and face challenges different from those faced by most traditional students, said retired Air Force Col. Kevin Cullen, director of Military and Veteran Services for the Office of Student Academic Success.

In addition to Peer 2 Peer sponsors, Ohio State also has a Military Community Advocacy Program, established in honor of the late Major Lawrence Miller, a Navy and Army veteran of the United States. American air who earned a bachelor’s and master’s degree at Ohio State.

“Lawyers are students ambassadors for our office, located throughout the university in strategic areas,” Cullen said.

Advocates work through the Office of Student Life’s Buckeye Careers initiative, hosting job fairs and resume writing workshops; help students to Services for people with disabilities; and provide guidance on applying for tuition assistance, the course registration process, and referrals to the Vet Success on Campus Counselor program for intervention and counseling.

“We have student advocates at many colleges, especially the College of Social Work, College of Dentistry, Fisher College of Business, Glenn College of Public Affairs and other colleges, and we have them on campuses. regional,” he said. “They are an extension of our office.”

Over the past 10 years of the Advocate program, it has served as a model for universities across the country, which have begun to adopt its practices, including Ashland University, Columbus State Community College, Indiana University, Penn State University, l University of Nebraska and University of California, Los Angeles (UCLA), Cullen said.

“There are a number of other universities that have said they are, and they just don’t start until the fall,” he said.

The Advocate program was among the best practices discussed at the National Veteran Leadership Foundation’s (NVLF) 2022 Advancement Institute, which brought together representatives from 15 universities nationwide at the Blackwell Inn and Pfahl Conference Center on the Columbus campus. from Ohio State on May 17 and 18.

During the Advancement Institute, university representatives toured the Ohio State campus and the National Veterans Memorial & Museum in downtown Columbus. They participated in panel discussions and breakout sessions on how best to support military-related students and their families, said NVLF president James Miller.

“We have 16 universities that form a consortium of schools that are committed to creating an inclusive culture on their campuses that supports veterans and military-related students – that would be veterans, ROTC, reservists from the National Guard, spouses and family members of all those groups,” said Miller, former associate dean of Max Fisher College of Business at Ohio State. “The goal is to help universities think collectively about how to better serve this student population and include them in their strategic planning.”

On May 26, Governor Mike DeWine presented Ohio State with the new Collegiate Purple Star. The designation recognizes public and independent colleges and universities in Ohio that support and include military-related students.

For more information about the 3rd & Goal Peer 2 Peer Sponsor or Military Community Advocate Program and other support services Ohio State provides to veterans and students serving in the military, Click here.