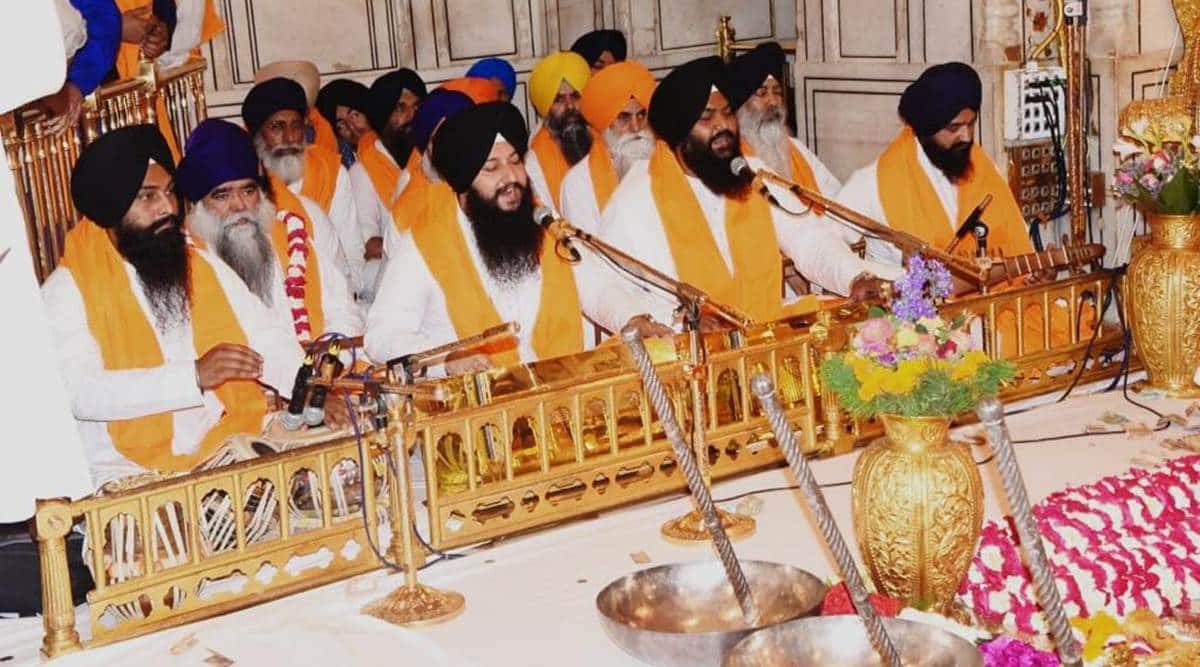 AKAL TAKHT Jathedar Giani Harpreet Singh has asked the Shiromani Gurdwara Parbandhak Committee (SGPC) to phase out the harmonium within three years from Harmandir Sahib (Golden Temple) so that kirtan, or Gurbani’s chanting, can be accompanied by traditional string instruments.

But not everyone is on the same note.

A group of scholars from the Gurmat Sangeet, the Sikh tradition which has parallels with Indian classical music, support the movement and say the harmonium was “imposed” by the British. And then there are those who ask: the world can’t go back in time, why music?

Every day, 15 ragi jathas, or groups of hymn singers, take turns to perform at Harmandir Sahib for 20 hours at one of 31 raags mainly chosen according to the time of day and location. the season. According to SGPC officials, only five of these groups have the experience and skills to perform without the harmonium, using only string instruments such as the rabab and saranda. Most of the more than 20 departments of Gurmat Sangeet in colleges run by the SGPC have started string instrument training only recently.

“The harmonium was an invasion by the British. But then it made breakthroughs. We had met the Akal Takht Jathedar with a request to revive the string instruments. It’s a good thing that they are taking some steps in this direction,” said Bhai Balwant Singh Namdhari, who is a master in Gurmat Sangeet and string instruments.

“Guru Nanak Dev ji was the first kirtaniya (kirtan singer)…. The harmonium was introduced as part of British interference in Sikh affairs. They had no idea of ​​our heritage. Before the arrival of the British, each Gurudwara owned a jagir (property) and part of the income went to the Sikh rababis and kirtaniyas. There were also Muslim rababis who played in gurdwaras. This support system for ragis and rababis collapsed after the arrival of the British,” Baldeep Singh said.

Balwant Singh and Baldeep Singh believe that the harmonium affects the quality of singing. “The harmonium conceals your limitations as a ragi. String instruments require dedication and hard work,” Balwant Singh said.

“There is no room for sympathy if anyone feels bad about the harmonium being excluded. The Akal Takht Jathedar should call all string instrument specialists if he wants to put in implement the edict in letter and spirit. A mission statement should be written,” said Baldeep Singh.

Other experts believe that the harmonium can coexist with traditional instruments.

“The harmonium is said to have been played in Harmandir Sahib for the first time in 1901 or 1902. There are kirtani jathas who use both the harmonium and the string instruments, and always give very good performance “, says Dr. Alankar Singh, a professor at Punjabi University. , who specialized in classical Hindustani music and Gurmat Sangeet.

“It’s true that the harmonium doesn’t play slide notes like string instruments. The British naturally influenced our music. For example, the violin has become one of the main musical instruments in South India. Sikhs believe that everything happens with the will of the Almighty. I would humbly request that instead of saying we won’t play the harmonium, we should say we need to encourage the use of stringed instruments more,” he said.

“The harmonium caused a revolution in the field of kirtan. After we became slaves to the British, it was very difficult to learn to play stringed instruments for many reasons, including the lack of teachers. The art of singing the kirtan might have disappeared among ordinary Sikhs if the harmonium had not filled the space,” he said.

Surjit Singh, who heads the SGPC-run Giani Sohan Singh Sital Dhadi/Kavishri Gurmat Missionary College, which is an academy for Gurmat Sangeet, says “the words ‘phasing out the harmonium’ do not fully convey the intent of the Akal Takht Jathedar, which is to revive the stringed instruments”.

“Do we need to avoid the harmonium? There was only rabab at the time of Guru Nanak Dev ji. Then came the saranda and the taus. The harmonium and the tabla came with changes over time. Now the electric instruments have arrived,” he said.

“Does reviving heritage mean we should go back in time to when kirtan was only practiced as rabab? Can we avoid modern transport because Guru Nanak Dev ji used to travel on foot? It is necessary to discuss whether the revival of stringed instruments means the phasing out of the harmonium.