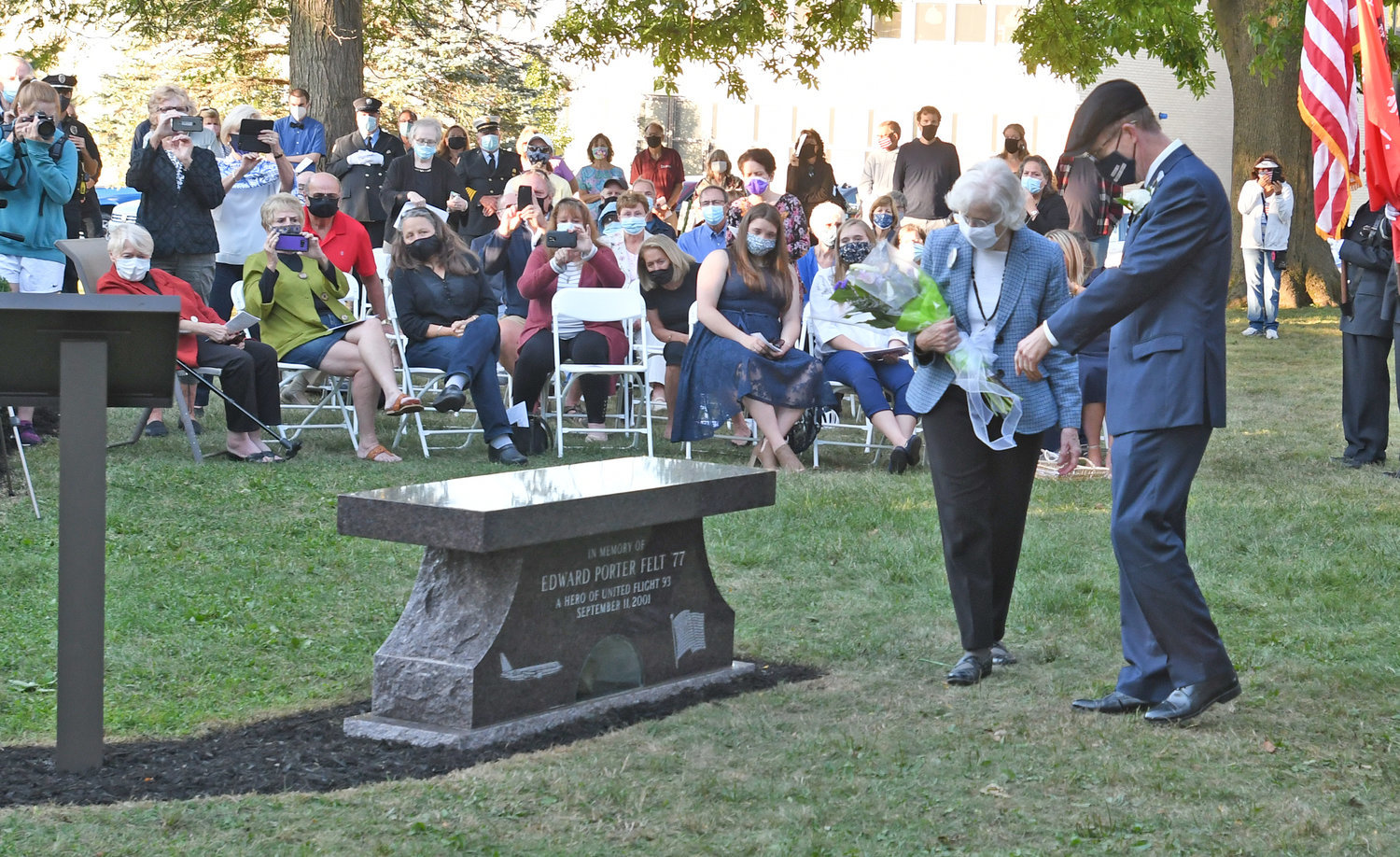 The purpose of the Run/Walk Challenge is to raise funds which will go towards the annual scholarship given in honor of Edward Felt to a member of the promotion. The aim is to make the scholarship, first granted last year, self-sustaining so that the money is available each year.

According to event organizers, the walk and scholarship are ways to help the community honor and remember Edward Felt, a 1977 Clinton High School graduate who lost his life aboard the United Airlines Flight 93.

There are several ways for community members to participate in the event and support the annual scholarship, organizers add. The suggested donation amount for participation is $20 per person or $50 maximum per family. The first 100 people to register and pay will receive a free t-shirt provided by Access Federal Credit Union. To donate or register, go online to www.ccs.edu/September11th.

During the event, the outer lanes of the track will be used for those who challenge themselves to move and/or move with their family or friends; indoor lanes are for those interested in racing against others competitively, or at designated times to be announced for organizational groups or age groups; and just after noon there will be a brief remembrance ceremony at the Flight 93 Memorial in the Brick Garden across from the school (walking distance from the runway).

On September 11, 2020, a permanent memorial to Edward Porter Felt, a 1977 Clinton High School graduate, was unveiled on the Clinton Central School District grounds near the Clinton Foundation Memorial Brick Garden. The memorial consists of an engraved Dakota mahogany granite bench, a stone from the Shanksville crash site memorial, and an informative pedestal.

In addition, a fund has been created to maintain the memorial and finance a
scholarship in Felt’s name to be awarded annually to a Clinton High School student.

Donations may be made to support the 9/11 Memorial and the Ed Felt Scholarship by mailing a check to the CCSD Foundation, PO Box 215, Clinton, NY 13323 or by donating on the Foundation’s website: www.ccs .edu/domain/28.

Whatever dark turns our times take, academic exchange must continue