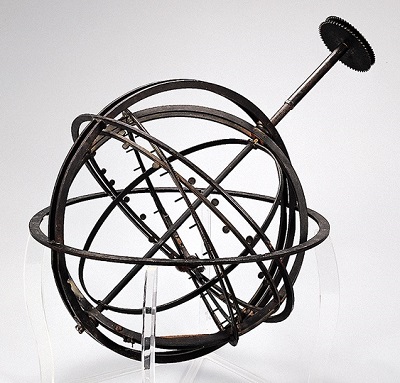 [Scholars and Their Spaces] Intellectual journey beyond anthropocentrism

In 1762, Hong Dae-yong (1731-1783), at the age of 32, built the first private astronomical observatory, Nongsugak, in his hometown of Cheonan, South Chungcheong Province, and installed Honcheonui, which can measure the location of celestial bodies. Hong, who eventually came to be known as the “Copernicus of Joseon”, was the first Joseon scholar to assert that the Earth rotates. He was the first Silhak scholar in Joseon to study practical materials, but his claim was rejected by mainstream Confucian scholars.

What he really wanted to point out was perhaps not simply that the Earth is round. He asserted that the Earth is not the center of the universe and introduced the concept of infinite space and constellations. It was a relativist view that held that there is no separation between center and periphery, and an ideological struggle that led to concerns of equality and symbiosis. For these reasons, Hong denied Sinocentrism and emphasized the national identity of Koreans.

However, the academic atmosphere of the time was not favorable to this new idea. Hong’s theory was very provocative and considered heresy from the perspective of Chinese philosopher Zhuang Zhou’s doctrine, which is both human-centric and China-centric. The most remarkable thing is that Hong tried to overcome anthropocentrism by applying the concept of equality to the relationship between humans and other living beings. He insisted that humans are part of nature like other animals.

A trip to Beijing in 1765 is an opportunity to deepen one’s knowledge of astronomy, geography and history by adopting Western culture and ideas. Most Confucian scholars in Joseon at the time still believed that Joseon was the sole heir to the China-centric culture of the Ming Dynasty after the Qing Dynasty succeeded it.

In 1773, after returning from a long journey, Hong published two important books related to natural philosophy, astronomy, and mathematics. “Uisanmundab” and “Juhaesuyong” were written based on his conversations with Qing dynasty scholars and German missionaries.

These books which established his innovative scientific thinking spread to other Silhak scholars, such as Park Ji-won, Yi Deok-moo, and Park Je-ga. Hong eventually helped train the scholars of the Northern School of Silhak, who sought to reform and develop Joseon by adopting the advancements made by the Qing dynasty, including technology.

The Hong Dae Yong Science Museum, located in his hometown, is dedicated to Hong’s life and academic achievement. It also provides insight into Joseon-era science through a replica of Nonsugak, the astronomical observatory that Hong built.

Hong was a “convergent” thinker across science and philosophy. His life shows us the modernization process of Korea and the efforts in this direction.

Park Jeong-eon is a senior researcher at the Chungnam Institute of History and Culture. — Ed.