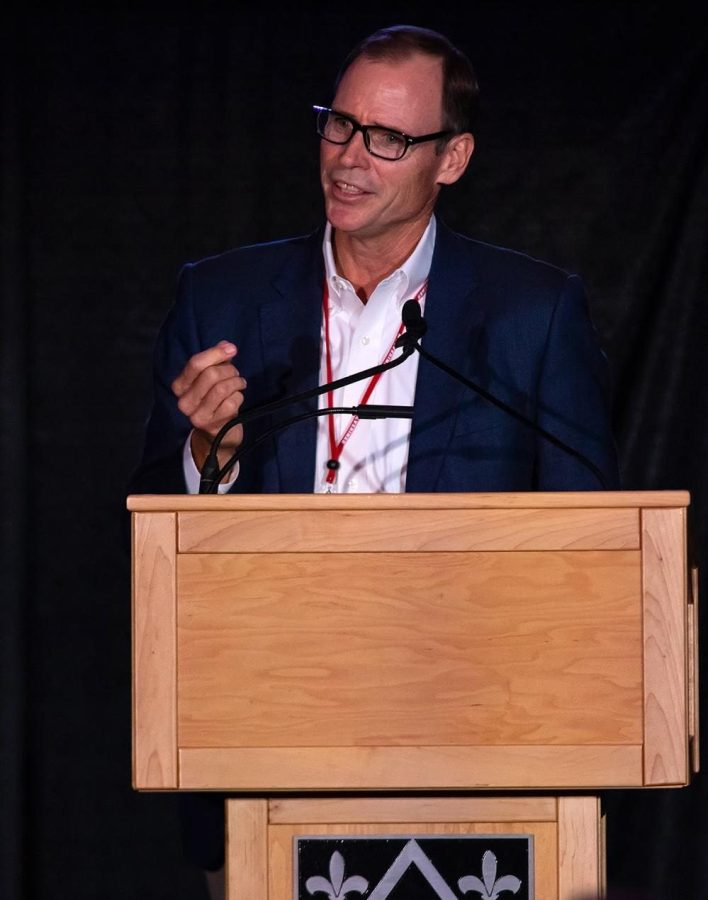 Walch taught each of Platt’s five children while they attended school. In 2014, the Platts established the Ted Walch Endowed Faculty Chair to honor Walch’s role as a teacher and mentor, who supports faculty compensation by paying the salary of whoever holds the endowed chair.

Commons said Walch was emotional when he heard the scholarship news.

“When I shared the news with Ted that there would now and forever be a scholarship at Harvard-Westlake in his name, he was overcome with tears of joy,” Commons said in his speech.

External Relations Manager Ed Hu said the Platts wanted to honor Walch by supporting the students because of the thousands of people he had impacted.

“Marc and Julie Platt asked [Commons] and me what they could do to honor Ted this time, mentioning that they wanted to focus on students and [Walch’s] lifelong dedication and the impact he had on so many children,” Hu said. “And so, the conversation turned to financial aid support, another top priority for the school. [The Platts] I loved the idea of ​​helping talented students with a passion for the performing arts or film who otherwise wouldn’t have the resources to attend Harvard-Westlake.

Isaac Tiu ’24 said he was moved by the Platts honoring Walch by supporting the performing arts.

“I was deeply inspired to hear about Platt’s donation,” Tiu said. “The performing arts benefit greatly from supporters like the Platt family. What really inspired me, however, was hearing that the scholarship would be named after Ted Walch. What a great way to keep his name alive.

Hu said the scholarship is an incredible way to honor Walch’s legacy and add to the lasting impact he had on the school.

“Not only does this gift support a top school priority to increase Harvard-Westlake’s socio-economic diversity, it ensures that Ted Walch’s name will be forever remembered and associated with Harvard-Westlake students in the fields that Ted cared about so deeply,” Hu said.