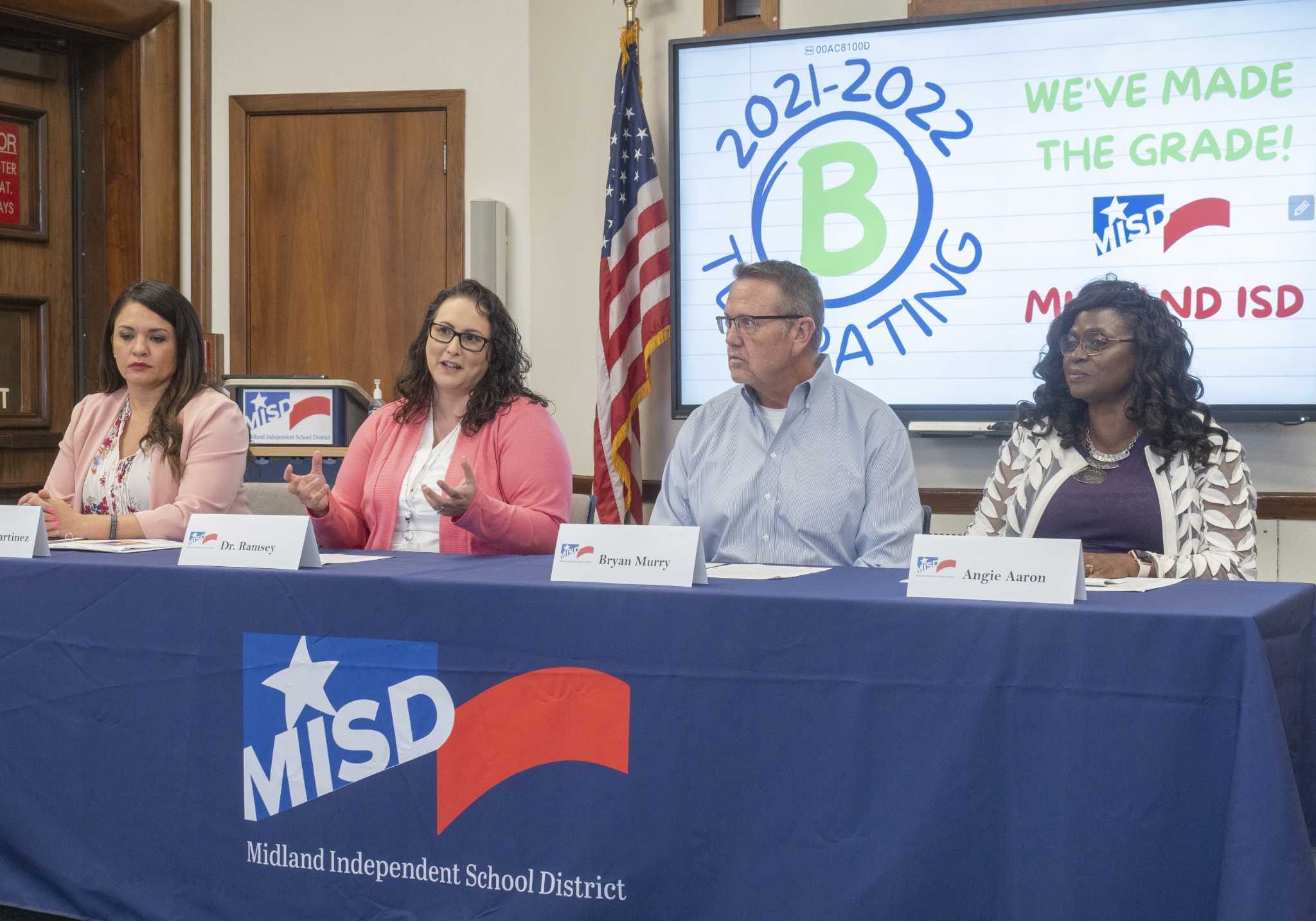 With all the attention given to new leadership and changes in the district over the past 18 months, Midland ISD leaders have made it clear that improvements in academic performance have happened for a reason – what is happening on campuses. from Midland.

“Teachers are the heroes we recognize today,” Midland ISD Board Chairman Bryan Murry said Tuesday during a press conference about the improved scores MISD received from the Texas Education Agency. this week. “Nobody does anything without the teachers doing what they do.”

Midland ISD is a “B” rated district, according to the TEA – the first time for such a rating in nearly two decades.

The number of “A” and “B” campuses in the district was the highest in more than a decade (until 2008, according to Reporter-Telegram records) and the number of failing campuses was the lowest since 2010.

According to the TEA, eight schools improved their respective on-campus scores by 20 points or more. One of them was Jones Elementary, a school in Southwest Midland probably better known for sharing space with Young Women’s Leadership Academy (prior to this year) than pretty much anything else.

Students and staff at Jones Elementary have changed that, making their own mark in the 2021-2022 school year. The TEA showed Jones was one of five Midland ISD campuses to go from a failing campus in 2019 (the last time grades were given to campuses across the state) to a “B” campus. Last year.

Aron talked about bringing students, staff, and parents together on the Jones Elementary campus, and she said everyone needs to be careful how they talk about themselves. “A change of words” was part of raising expectations, she said, “that (students) are capable of succeeding.”

A better relationship with the District Service Center

When Ramsey arrived at MISD, she transformed the old central office on Missouri Avenue into the “District Service Center,” and on Tuesday Aron described what that meant in 2021-22. Aron said campus leaders, teachers and students receive the best support they have received in the 27 years she has worked in education. Staff members, even Aron herself, have coaches to help identify the strengths or weaknesses of a student, teacher, or principal.

“And it wasn’t a one-time event,” Aron said. “I’ve seen it throughout the year they’ve been coming to my campus, and I’ve welcomed it because I want my kids to be successful.”

Ramsey said the support is all about promoting student growth and better results. This could mean adding reading specialists, identifying campuses in need of additional resources (sometimes in the form of “hit zones”), and enhancing professional development. Increasing the number of tools and interventions would help build capacity at all levels, she said.

“The proof of that was in the actions we saw from the district, with them coming to our campus and providing that support,” Aron said. “We have seen the difference. … We’ve seen them on our campuses provide that support to leaders as well as teams.

“It wasn’t a division of ‘this is the district and this is the campus’, but this is MISD, this is the team, and we come together so our kids can succeed. And we have seen the results.

The biggest improvements to MISD campus

Four appointed scholarship holders from the Faculty of General Education