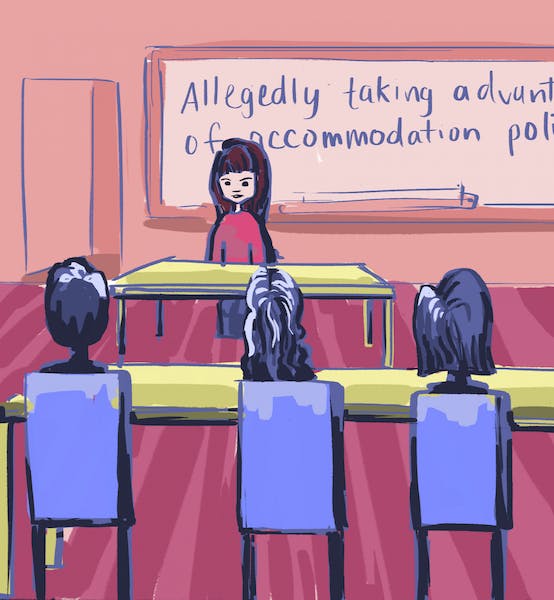 The student court programs will handle disciplinary cases for students suspected of abusing Rice’s COVID-19 isolation policies, according to SJP director Emily Garza. Garza and dean of undergraduate students Bridget Gorman told the Thresher that they were not aware of any reports of student misconduct regarding COVID-19 housing.

Garza said she viewed the Provost Marshal’s initial statement as misleading and said she believed the SJP was better equipped than the Honor Council to deal with a report from a student taking advantage of the quarantine rules and isolation. The Mid-semester update from Provost had declared that the Honorary Council would take responsibility for these cases.

“If someone is dishonest about why they are missing classes and requests accommodations that are not appropriate to their situation, that is behavior. [issue], not really a breach of academic integrity, ”Garza said. “[The Honor Council’s] the penalty structure is not in place to deal with this kind of behavior. Students should not be in conversation with other students about their confidential and private medical status.

Garza said neither she nor the representatives of the Honor Council were consulted until the mid-semester update email. Gorman confirmed that the authors of the mid-semester update – herself, Faculty Senate President Christopher Johns-Krull, Rector Reginald DesRoches, and Dean of Graduate and Postdoctoral Studies Seiichi Matsuda – did not not met with the Honorary Council before posting the update. Garza said she and Gorman had since spoken.

“If asked by the SJP, crisis management would confirm whether a student was ordered to quarantine or isolate due to exposure to COVID,” Gorman wrote in an email to Thresher.

The directive was issued to clarify the university’s COVID isolation policies, according to Johns-Krull, who said some faculty members were unsure how to ensure students were skipping class for the right reasons.

“There was some confusion among at least some professors who were unsure whether or not they could check … whether students who were skipping classes due to COVID precautions were doing so because they had been told to do so or for another reason, ”Johns-Krull mentioned. “We’ve had students who, even though the contact tracing team said they didn’t need to self-isolate, chose to self-isolate for some reason.”

“[A case] would go through our regular disciplinary process like any other violation of the student code of conduct, ”Garza said. “Our office would engage the student whose behavior is at issue … Rice’s policies.”

Student Association president Kendall Vining said she hopes student mental health and well-being will be a priority rather than immediately reporting to SJP.

“I think the first step should be for the professor to hopefully check in with the student… especially with Rice’s focus on mental health and wellness this semester,” Vining said. “There are students, I guess, who tell their teachers, ‘I’m sick, I’m sick.’ I feel like it would be better handled by an advisor rather than [SJP]. “

Overall, Vining said she didn’t expect students to be particularly affected by the new directive.

“I understand why the rule exists and why it had to be said,” Vining said. “I don’t think that’s a reason for students to feel concerned and alarmed.”