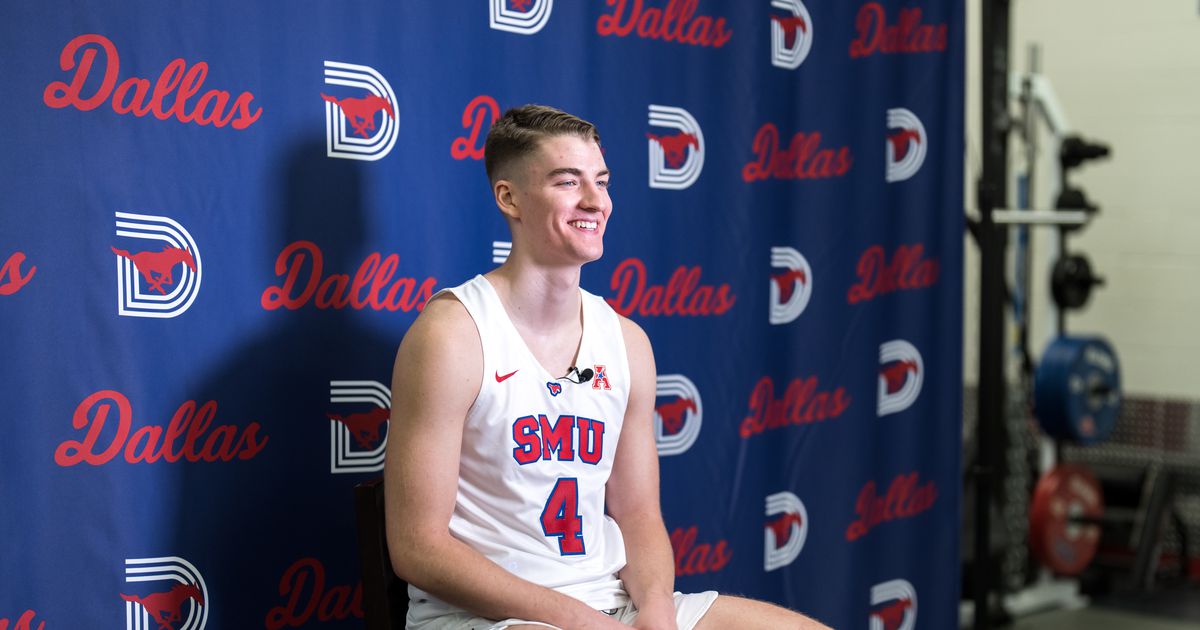 When SMU men’s basketball coach Tim Jankovich pitched the idea, he wasn’t too convinced it would work. He had known Tyler Lundblade for years and he knew the 6-foot-5 sniper, who averaged nearly 30 points per game during his junior season at Grapevine Faith, had the talent to be a basketball player. -division I ball.

And yet, Jankovich, filled to the brim with scholarships, pitched an idea to Lundblade: reject other scholarship offers, come to SMU, and be a walker until a scholarship becomes available.

Last week, SMU held its end of contract. In a surprise video message, former SMU Semi Ojeleye – former Conference Player of the Year and current Milwaukee Bucks forward – told Lundblade he was receiving a scholarship in front of all of his teammates. They celebrated the moment. Lundblade fought back tears, difficult as it was.

“Of all the hours of work you put into it, that meant a lot,” said Lundblade, a freshman in a red shirt. “It’s something I will remember for the rest of my life.”

The team recorded the video of the moment and posted it on social media. The scene was an example of a common feel-good moment seen in college sports – the metamorphosis from walking to scholarship. In many of these circumstances, it’s the culmination of a story about overcoming obstacles and defying expectations.

Jankovich wants to clarify this part: the story of Lundblade is not that.

“He’s a Division I basketball player,” Jankovich said, “and he deserves to be a scholarship here.”

For Jankovich, that was always the plan. For Lundblade, it was always hope, even if there were times when it seemed bleak. This, in itself, is somewhat surprising.

At Grapevine Faith, Lundblade wasted no time making an impression. He averaged over 16 points per game as a freshman. He increased that number to 22.9 as a sophomore, and in his final season at Faith he averaged 28.1 points and 8.2 rebounds per game.

The statistics have aroused the interest of colleges. Lundblade kept track, and he said there were about 30 to 40 schools that called or kept recurring contacts before the end of his junior season. The interest, however, never turned into scholarship offers.

“It was really nothing more than a hello, how are you, that’s our program,” Lundblade said. “Nothing really ever got out of hand.”

To solve this problem, Lundblade decided to transfer to Greensboro Day, a private school in North Carolina which, in the hopes of Lundblade and his family, would open up its recruitment. There, he averaged over 10 points per game and hit 45% from 3-point range. He also showed he could hold his own on defense against tougher competition, which he didn’t get the chance to do to Faith.

There was one problem, though: Due to the pandemic, college coaches weren’t allowed to visit Greensboro Day and see Lundblade in person. Add to that the fact that the summer basketball program ahead of his senior season was also canceled due to COVID-19, and Lundblade missed the most important in-person recruiting window for a high school basketball player.

Lundblade eventually had a few scholarship offers, including from Charlotte and Florida International, but when he failed to sign in November 2020 – the first signing period for his class – those offers disappeared.

“When you come in after the second day of signing, and you’re still sitting around saying I have nowhere to go, and college starts in a month and a half, and you still don’t know where you go go, it’s definitely a really tough time,” Lundblade said.

That’s ultimately what made Jankovich’s proposition so appealing: SMU thought Lundblade was a stock-caliber player, he believed it, and if all went according to plan, it would be a reality.

Lundblade took it, choosing to follow the path of a walk-on. And he wasn’t the first in his family to do so.

Lundblade’s brother Brad had several Division I offers when he was an offensive lineman at Argyle Liberty Christian, but Brad wanted to play, in particular, in the Big 12, Tyler recalled. So Brad walked to Oklahoma State, where he eventually became an all-conference player and scholarship holder. He just completed his fourth season in the NFL.

Brad’s story not only inspired Tyler to become a walk-on at SMU, but also showed him how to handle getting a scholarship.

“It definitely worked, but it’s just the beginning,” Tyler said. “I don’t want my career to just be that of someone who got a scholarship. I want to be a hell of a player here.

Jankovich thinks it’s possible, otherwise he wouldn’t have offered Lundblade to come to SMU and step on it. When Jankovich made that pitch, he also spelled out the terms of the deal explicitly.

“If we think you’re going to be in our rotation one day, then you’re going to get a scholarship,” Jankovich recalled telling Lundblade, “and he’s played well enough this summer and fall that we realize he is definitely a guy who can help this program.