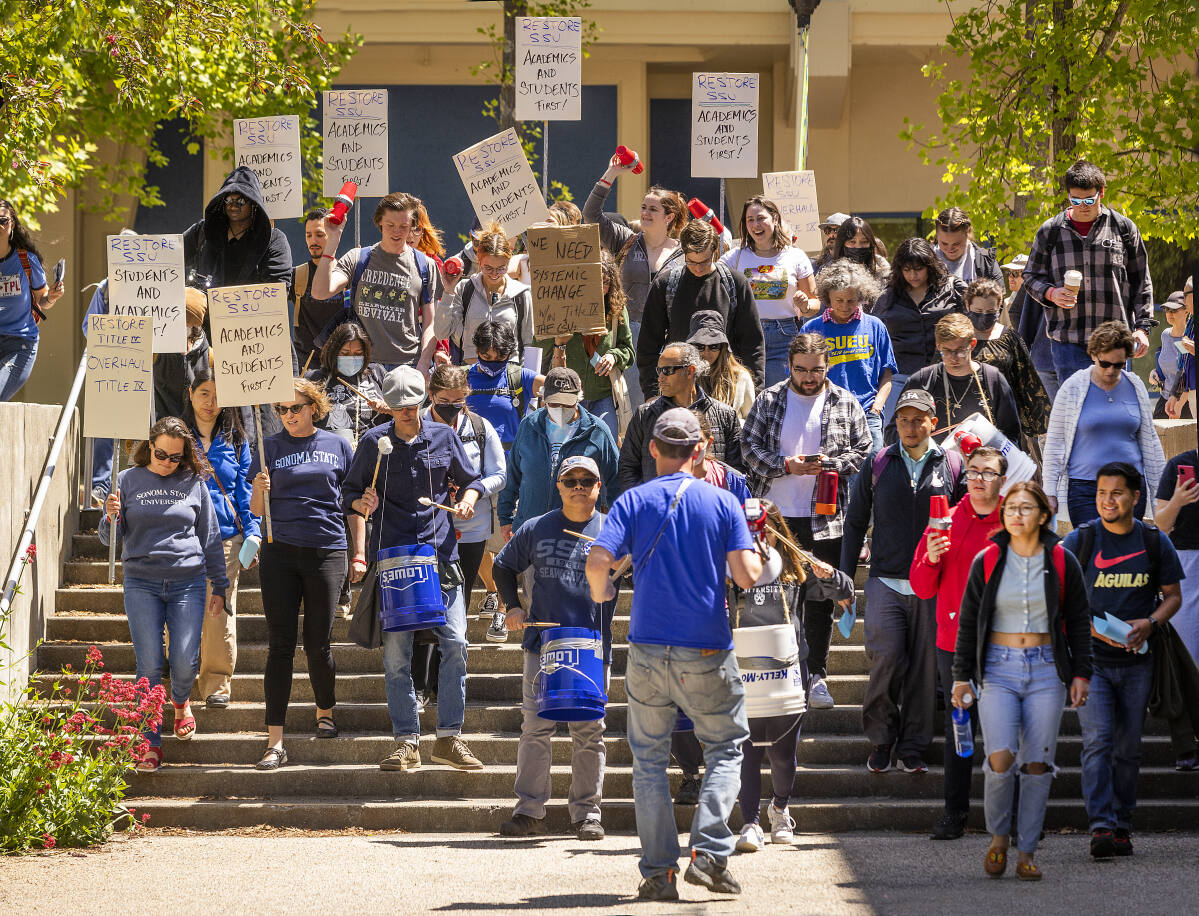 Sonoma State’s nearly 500 faculty members will weigh in on President Judy Sakaki’s leadership in the second week of May, after the Academic Senate approved the launch of a no-confidence vote on Thursday.

The vote took place just before the faculty heard Sakaki’s fullest defense of his presidency, which she offered in a pre-recorded video released just before the meeting ended.

The vote on the no-confidence vote for professors will open on May 6 and end on May 13, according to the timetable set during the Senate meeting. A vote of no confidence is largely symbolic, as it elicits no action beyond the expression of the will of the voting faculty.

Sakaki is embroiled in a scandal stemming from a January settlement paid to a former SSU provost who said she faced retaliation after she gave California State University officials reports of alleged sexual harassment by the president’s ex-husband, lobbyist Patrick McCallum.

Sonoma State will pay approximately $250,000 of the sum from campus funds raised from student tuition, fees, and other sources. The rest will be covered by CSU’s shared insurance pool.

Sakaki was not present at the Academic Senate meeting on Thursday, on the recommendation of faculty president Lauren Morimoto, but she recorded a video message discussing the vote of no confidence and the circumstances leading up to it.

“I take responsibility for my role in this situation, and I pledge to do everything possible to learn the lessons and do everything possible to avoid a recurrence,” Sakaki said. “I apologized unreservedly, but the concept of accountability and the spirit of fairness would also dictate a review of the totality of what my team and I have accomplished over the past five years.”

She highlighted milestones achieved under her tenure, such as Sonoma State’s largest graduating class in 2019 and its designation as a Hispanic-serving institution and subsequent grants awarded to the school.

Ahead of Thursday’s Academic Senate meeting, approximately 150 Students and faculty at Sonoma State University protested on the Rohnert Park campus. Their overarching message was displayed on signs and echoed with chants: Restore SSU.

Faculty, staff and students began their demonstration at noon in Seawolf Plaza, beating on makeshift drums made of buckets and clanking improvised maracas made of two cups stuck together.

After brief speeches from several faculty members, the group then marched once around Darwin Hall, chanting phrases such as, “Get us out of this storm. SSU reform!

Calls to action for Sonoma state administrators largely focused on three topics, with demands to overhaul the office overseeing Title IX compliance garnering the biggest responses from the crowd. Title IX is the federal law that prohibits discrimination based on sex in education.

They also called for greater faculty involvement in campus governance and prioritizing student needs in the school’s bid to cut costs amid a $15-17 million budget shortfall. .

Check back for updates on this developing story.