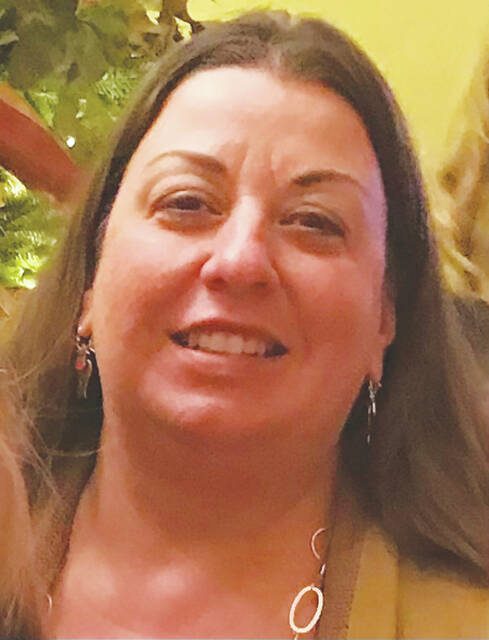 Southern State Community College has announced that Dr. Erika Goodwin has been named its next Vice President of Academic Affairs effective June 1, 2022. She will replace Dr. Nicole Roades who was named the College’s 6th President. Goodwin comes to South State from Wilmington College where she had a 27-year career as a senior staff member, most recently Provost and Chief of Staff, and as a full professor of sports science and sports training.

“I am honored and thrilled to begin this appointment and to work with Dr. Roades, the faculty, staff and students of Southern State and to have some overlap with Dr. Kevin Boys as he leaves the presidency to to retire. I have been fortunate to work with Dr. Boys and Dr. Roades over the years on joint projects for our respective institutions and have great respect for them and the work they do in the college sector. community. I had a wonderful career at Wilmington College and will miss my colleagues and students, but this opportunity will open the next chapter in my career in higher education and I am excited to begin my work with Southern State.

“I am beyond excited to begin working with Dr. Goodwin as part of the Southern State team. I am delighted that she has chosen to share her vast experience and expertise with us and our students – June 1 cannot come fast enough,” commented Dr Roades.

Goodwin is a longtime resident of Clinton County and has strong ties to southwestern Ohio. “I have often said that it was not a job for me but my vocation. My roots and passion run deep in higher education, and I am particularly drawn to Southern State’s mission to “provide an accessible, affordable, and high-quality education for people in Southern Ohio.” I embrace Southern State’s values ​​of Community Involvement, Personal Connection, Unity, and Life Enrichment.

Dr. Goodwin served as acting president of Wilmington College in 2020, the first woman to hold the position. She was also a long-time Vice President of Academic Affairs and Strategic Initiatives/Dean of Faculty (2011-2020) at Wilmington College. She also served Wilmington as an accreditation liaison with its regional accreditor, the Higher Learning Commission. She will also play this role for the Southern State. Additionally, Goodwin is a peer reviewer with the Higher Learning Commission, Chicago, Illinois.

Goodwin is an alumnus of Southern State Community College where she studied to become an emergency medical technician (EMT) after earning her BS from Wilmington College in athletic training and a master’s degree from Wright State University. She got her doctorate. in Higher Education Administration and Athletic Training from the Union Institute and University.

Her tenure as a longtime member of the Wilmington faculty is underscored by the fact that she has co-authored over 200 athletic training student research projects (2004-2022), over 120 have been presented at state, district, and national conferences and/or have been published. She was inducted into Clinton County’s Outstanding Women in 2015 and a member of Clinton Leadership, Class of 2010.

“I look forward to working with Southern State’s leadership team as they transition from their chairman and I take on a new role as vice chairman. I look forward to helping them carry out their current strategic plan which focuses on enrollment and market expansion, increasing student persistence and success, and improving financial health. of the establishment.

Goodwin and her husband, Brad, live on a farm just north of Wilmington with their daughters, Emily and Gracie.