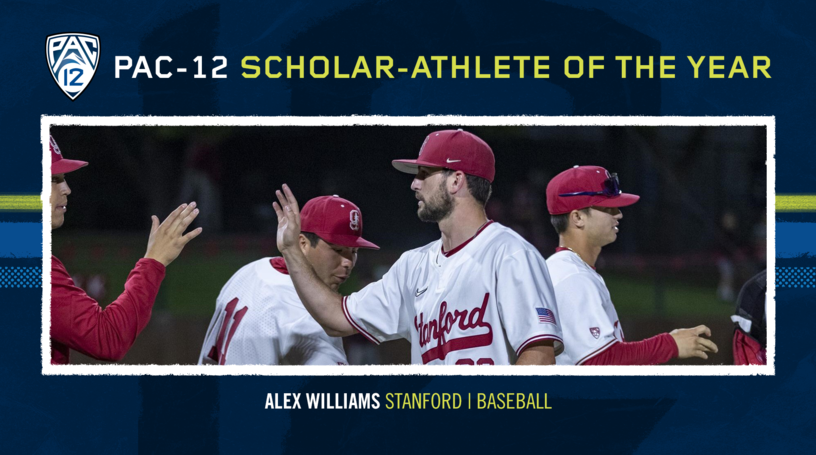 Former Scholar-Athletes of the Year Pac-12

SCOTTSDALE, Ariz. -STANFORD Alex Williams has been named the 2022 Pac-12 Baseball Scholar-Athlete of the Year, the conference office announced on Wednesday — the opening day of the first Pac-12 baseball tournament. The award, which is given in each of the 24 Pac-12 sponsored sports, was created to honor collegiate student-athletes who excel both academically and in their sport.

The senior from Castro Valley, Calif., has a 3.42 GPA in management science and engineering at The Farm and was named to the Spring Pac-12 Academic Honor Roll twice (2020, 2021 ).

He is currently one of 10 finalists, including four from the Pac-12, for the Senior CLASS Award for Baseball which recognizes senior student-athletes with notable achievements in four areas of excellence: community, class, character and competition.

In order to be eligible for the Pac-12 Scholar-Athlete of the Year award, student-athletes must be senior (in athletics eligibility) on track to graduate, have a GPA of 3.0 or higher , participate in at least 50% of the competitions scheduled in the sport and have at least one year of residence at the institution. Each Pac-12 institution can nominate one person per sport, and winners are selected by a committee of Pac-12 staff members at the end of each sport’s regular season. The sports achievements of the nominees are taken into account in the voting for the award.

Community comes together to honor graduation student who passed away