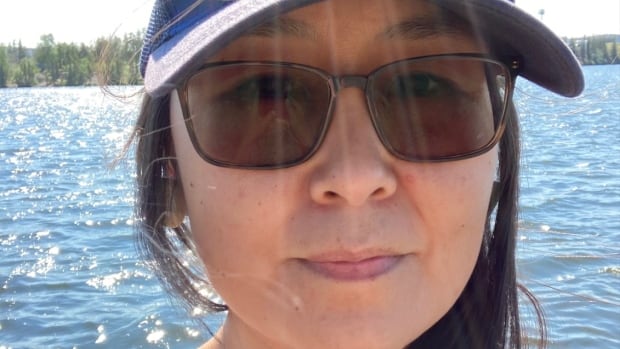 When Letitia Pokiak followed developments in 2019 and 2020 on Wet’suwet’en and Unist’ot’en ​​territories in British Columbia, and with the Dakota Access Pipeline in the United States, she felt Indigenous groups were being marginalized. in their territories.

Both regions have been the scene of major conflicts between First Nations and energy companies and governments.

Pokiak, who was then doing her masters in anthropology at the University of Victoria, said she believed industry and governments were trying to develop on indigenous lands “without really consulting these indigenous groups in any meaningful way”, said she declared.

“It really made me want to address the way these situations unfolded.”

She decided to study how the lack of consultation with Aboriginal groups affected their well-being. She also wondered how similar dynamics play out in relation to the climate crisis.

She returned home to Tuktoyaktuk, Northwest Territories, in the Inuvialuit Settlement Region, and interviewed 18 elders, fishers and land claim negotiators, including her uncle Randall. She asked for their views on the Mackenzie Valley Pipeline, whether the Inuvialuit land claims agreement was working as intended, and how climate change had affected the region over the past 40 years.

Pokiak compiled the information she gathered into her master’s thesis, in which she concluded that industry and governments should “stop what they’re doing and really consider Indigenous groups who are making efforts to rebuild their sovereignty. and rebuild their nations according to their own values ​​and their future”. -make efforts.”

History as an example

Part of the thesis focuses on the two-year Berger Commission which examined the potential impacts of two proposed pipelines in the Mackenzie Valley in the mid-1970s.

The Panel consulted extensively with Indigenous peoples in the North, more than any other resource-related consultation to that point. He concluded that aboriginal land claims should be settled before industrial development and called for further study and a 10-year pipeline ban in the Mackenzie Valley.

“I wanted to document this as an example that governments at some point meaningfully consulted with Indigenous peoples,” Pokiak said.

Pokiak also documented Inuvialuit efforts to negotiate a land claim that resulted in the Inuvialuit Final Agreement. Signed in 1984 after 10 years of negotiation, the agreement sets out the conditions under which development can take place on Inuvialuit Lands and the role Inuvialuit play in that development.

She said her grandfather, Bertram Pokiak – Angagaq in Inuvialuktun — was his inspiration.

He worked as one of 217 workers on the ground while the Inuvialuit negotiated the agreement. He visited people’s homes and spoke with families, elders and gatherers, recording land use for their territory, creating maps of traditional place names and documenting where different families established land. camping and hunting areas.

“He made sure every family was consulted,” she said.

Pokiak said his traditional upbringing in Tuktoyaktuk informed his research.

“Just having this background and background provided me with the tools with which to write about meaningful consultation and meaningful participation and meaning-making in which, as Inuvialuit, we are able to ‘have a future based on our own values ​​and our own sovereignty,’ she said. said, adding that she had written to him Master’s thesis as a story that respected Indigenous storytelling practices.

For her efforts, Pokiak recently received a prestigious award for her master’s thesis from the Western Association of Graduate Schools, which represents all graduate schools in western Canada, 14 US states and western Mexico.

She won the Distinguished Master’s Award in Humanities, Social Sciences, Education and Business.

His graduate supervisor at UVic, Professor Brian Thom, said Pokiak “understands how knowledge can be mobilized around the world and what kinds of questions we need to ask so we can move our communities forward.”

“I think it’s really part of his lived experience,” he said. “She asked some really good questions and I think not everyone can do that.”

Pokiak said she encourages Indigenous people to stay in school and take advantage of funding and other opportunities available to them.

As for the price, she still lets that sink in.

She said she wasn’t sure what she wanted to do next – law school or a doctorate. are options — but she knows she wants to use her education and experience to help Indigenous communities in some way.