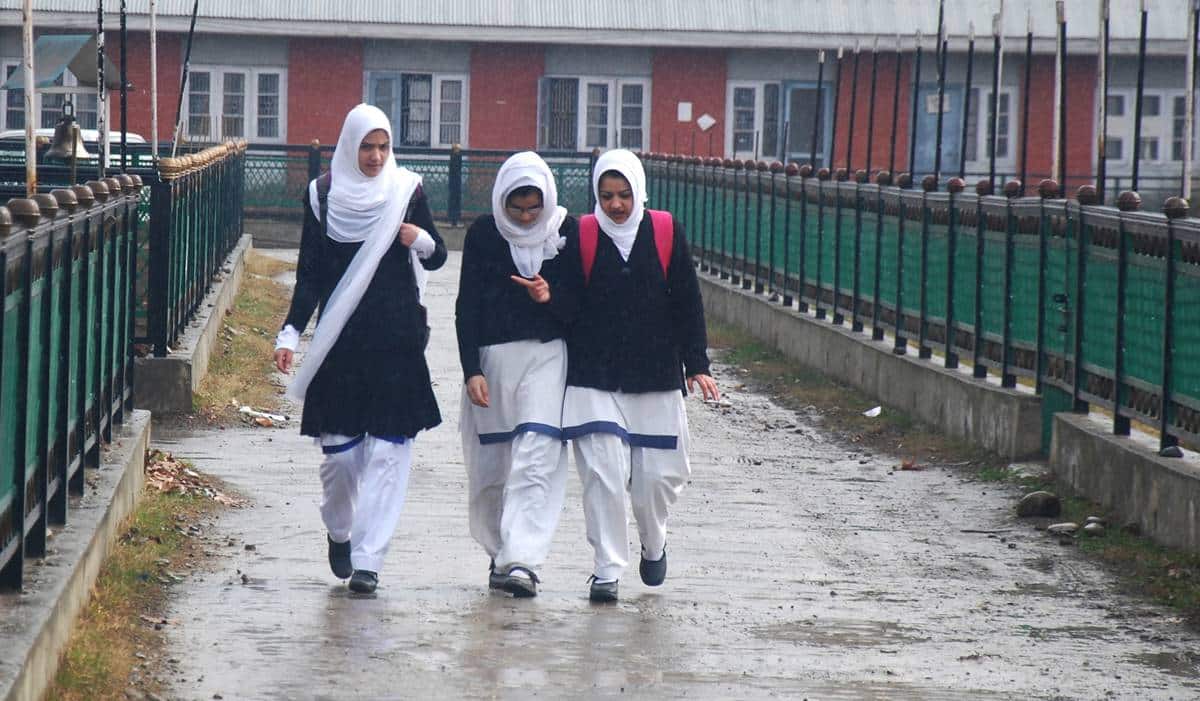 The union territory of Jammu and Kashmir will soon have a uniform academic calendar for both divisions of Jammu and Kashmir. Depending on climatic conditions, schools in the two regions have so far followed the practice of having summer and winter zones and have different school calendars. In Jammu, schools start the new session in April-May while in Kashmir division, students stand for final exams in October and the new session starts in November every year.

Why was the decision made?

In a meeting chaired by the Chief Secretary of J&K, Arun Kumar Mehta, it was agreed that the two divisions would have a uniform timetable as part of the implementation of the National Education Policy (NEP), 2020 Along with school education, higher education in both divisions is also likely to witness changes as the administration has decided that all undergraduate admissions will be through the entrance exam to the common university (CUET). The move is intended to allow J&K students to compete with their counterparts in other parts of the country.

Why do the divisions of Jammu and Kashmir have separate calendars?

The 149-year-old biannual tradition of changing capitals between Srinagar and Jammu continued before independence. Maharaja Gulab Singh, the Dogra monarch, is said to have started the tradition of moving the capital in 1872. After 1947, the tradition was continued by the J&K political class, as it served as a major bridge and space for interaction between two languages and cultural groups from Kashmir and Jammu.

Due to different geopolitical and weather conditions, Jammu region followed an academic schedule just like the rest of the country, while Kashmir, mainly due to harsh winters, followed a separate routine. In the Kashmir division, students take the final exams in October and the new session starts in November. And right after a month of classes, students have a three-month winter break. Schools then reopen in February.

Going forward, what will be the challenges for schools and students in Kashmir?

National spokesperson for the J&K Students’ Association, Nasir Khuehami, said it was “impossible” to have an academic similar to the rest of the country in Kashmir as various parts of the region “are disconnected due to 4 to 8 feet of snow during the winter months”. ”.

“Several areas, including Uri and Gurez, are cut off for six months due to harsh winters, and it is virtually impossible for schools to operate normally. In 2014, a similar initiative was implemented at college level where Kashmir institutes moved to semester mode of annual operation,” he said, adding, “While I graduated in 2019 from At a university based in Uttarakhand, my classmates who chose to study in Kashmir were then appearing for the fourth semester exams. A one-size-fits-all system couldn’t work then, and it may not work now either. Khuehami holds a bachelor’s degree in journalism from Hemvati Nandan Bahuguna Garhwal University.

Tariq Mir, who teaches at Plan Bandipora government girls’ high school, said while the move is idealistic, “it may not yield any academic gains”. “In the midst of the political scenario, this is an effort to refine ideology academically and instill a sense of uniformity. Having a consistent timeline can help implement CUET and align teaching on the entrance exam, but it will only reduce the administrative pressure and will not improve the teaching-learning process in the valley,” Mir told indianexpress.com.

Mir also pointed to another attempt to use the winter months for academic gains in 2015. difficult weather conditions. Schools do not have the infrastructure to accommodate students when it is cold. Also, some of the main roads are not operational due to snow. How can students be expected to attend schools under such conditions? he added.

Hadiya Hilal Pathan, a 13-year-old student at St. Joseph’s Higher Secondary School in Baramulla, said schools in Kashmir have barely returned to normal after 2019 and any changes could have a profound impact on students’ careers. student learning. “The separate academic calendars have been there due to geographical and weather conditions. Going to school is next to impossible in northern parts of Kashmir for several months and hence follows a similar routine to the rest of the country,” said the class 7 student from Binner, a small village in Baramulla.

What are the benefits of the decision?

Kashmiri students who passed out in November often lost the opportunity to sit many major entrance exams such as JEE Main, NEET and CLAT which are scheduled between February and June. The J&K administration is proposing a uniform timetable as a means of providing a level playing field for the youths of Kashmir.

Faheem Farooq Mir, 18, from Baramulla, graduated from high school in 2021 and is now awaiting admission into an undergraduate program. “The region has been transformed into a single UT, so school calendars must also be synchronized. This will help to ease the problems of admission of students into college courses as the process will be conducted uniformly across the country,” Faheem said, adding that the administration must allow students to attend schools wearing formal wear. casuals such as Pheran, which “is warmer”. school uniform” in areas where travel is possible.