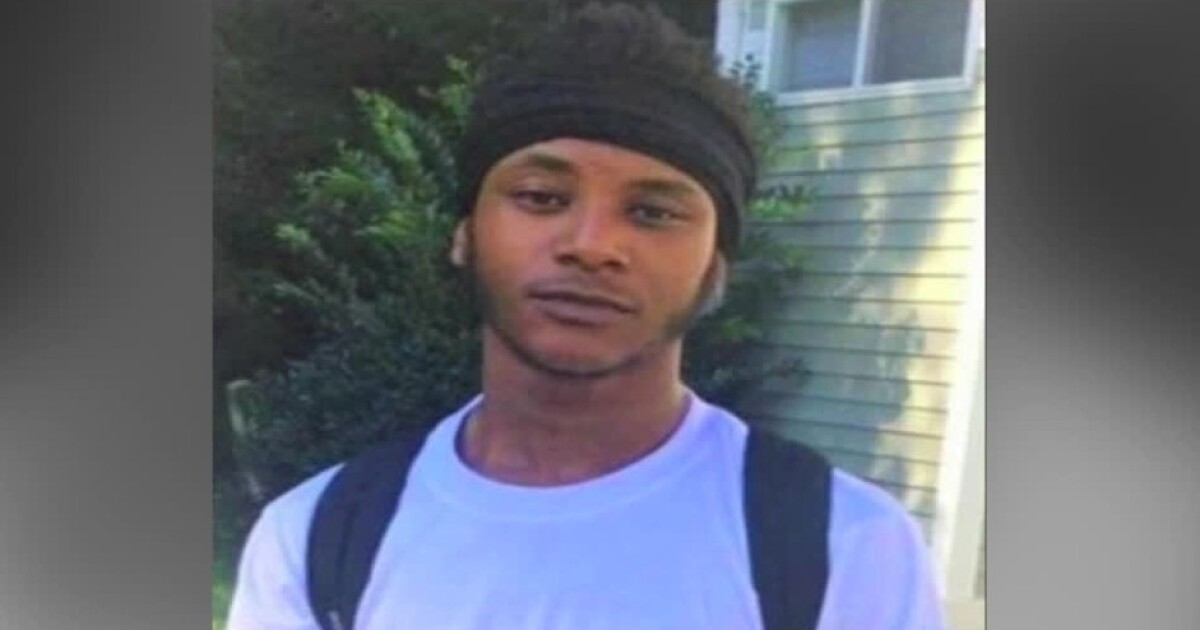 Dashawn Cox was shot at Ashley Oaks Apartments in the 1400 block of Jennie Scher Road just before 4.40pm on Thursday.

Upon arrival, officers found the 17-year-old with gunshot wounds. He was pronounced dead at the scene.

Crime Insider sources said the boy was shot in the head.

More than 100 community members, city leaders and loved ones wearing the Armstrong colors in Cox’s honor gathered Sunday at the spot where he was killed.

Armstrong’s 17-year-old senior, known as Dada to those who knew him best, was remembered as a bright young man who loved his family and was an avid reader.

Cox’s adoptive sister, Shaun Brown, is still trying to deal with the loss.

“I just can’t understand this,” she said. “It’s like I’m going to fall asleep and it will be a dream, but it’s not a dream. This is real life, and it happened to us.

Cox’s mother, Berthenia Hope-Brown, tried to speak through the pain.

“That bullet, whoever put it in my baby’s head, you put it in my heart,” Hope-Brown shouted. “I hope no one here has to go through this, but it hurts. It hurts.”

Richmond executives, including RPS Superintendent Jason Kamras, said they were saddened by the loss.

She and other leaders invited the community to a meeting Thursday at 6 p.m. at the Powhatan Community Center to discuss possible solutions to prevent another young life from being taken.

No arrests have been made in this case.

“We’ve been here to scout the area and will be talking to our confidential informants in parallel to see what we can uncover,” Smith said.

There have been six homicides in Richmond so far in 2022.

Anyone with information about the crime is asked to call Major Crimes Detective Darnell at 804-646-3927 or Crime Stoppers at 804-780-1000 with anonymous advice.

This is a developing story, so anyone with more information can email [email protected] to send a tip.